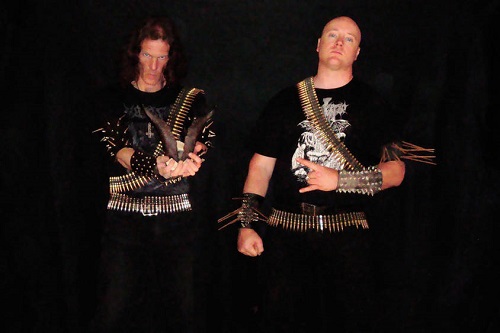 HELLS HEADBANGERS announces the signing of legendary black/death cult ABOMINATOR. After eight years in the abyss, Australian heretics ABOMINATOR shall soon return with their fifth album of demonic black/death metal carnage entitled Evil Proclaimed, their first album for HELLS HEADBANGERS. Having learned their lessons well from a devilish hiatus, the arch nemesis is reborn with a furious sound that owes much to the primordial early days of the band, and yet still upholds the spirit of the gods of black chaos. Release date to be announced shortly, but the first song titles to be revealed are “The Brimstone Nucleus,” “Invoker of the Four Winds,” and “Black Mass Warfare.” Await the loathsome atmosphere of cosmic devastation!!!