Having recently announce the upcoming release “Dirty”, their 6th full length album, Italo-Norwegian Hard-Industrial-Electro Extreme Metallers ABORYM are set to debut a couple of tracks on the 21st March on the Moshpit Radio Show. The show will be hosted by the Italian writer Eduardo Vitolo, author of “Horror Rock, la musica delle tenebre”- Arcana, 2010 and “Sub Terra, rock estremo e cultura undergound in italia 1977-1998”, Tsunami 2012, who will interview frontman and founder Fabban live in the studio. The show will air from 21:00 to 23:00, Italian time, and can be streamed live at http://www.radiobase.fm/player-radio-base-2/ 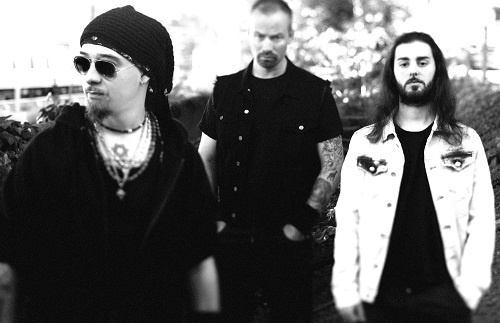 The new 10-track double album, which will be available in digipak, jewel case and gatefold double LP formats, is set for release on Agonia Records on the 28th May in Europe and the 11thJune in the USA/North America. The first CD of the album will feature completely new material, and the second CD will include two completely re-arranged and re-recorded tracks from previous albums, covers of tracks by IRON MAIDEN, PINK FLOYD and NINE INCH NAILS, as well as a previously unreleased track written by Alberto Penzin (CO2, ex Schizo) and performed by both established musicians as well as several fans and spliced together from all the different sources.

More information about ABORYM can be found on the band’s website at www.aborym.it

Four tracks from ABORYM can be heard on the band’s SoundCloud player at http://soundcloud.com/aborymofficial/sets/aborym