It’s always quiet just before the storm!!!! ACCEPT’s fifteen year break from the music business only served as a distant warning to the 2010 thunderous return of ACCEPT to the metal forefront. Sweat soaked, table-sized club shows and triumphant appearances at the biggest rock festivals around the world created an excitement long not seen in the metal community. It was only natural thatACCEPT’s comeback album “Blood Of The Nations” entered the charts at #4, the band’s highest entry in their legendary career! In addition, “Blood Of The Nations” charted high in countless other countries and cemented itself at #1 in many Reader Polls for a continuous 14 months! Accolades like “Album of the Year”, “Metal Anthem of the Year” and many more kept pouring in. The fans, in admiration of their heroes, flocked in the thousands to their notorious live shows, and Nuclear Blast, their record company, was salivating with satisfaction!

Inspired by their fans’ awe-inspiring reaction to their explosive live shows as well as the grandiose success of the comeback album, the band is now excited to jump right back into the studio and record another collection of heavy metal classics. To be called “Stalingrad”, the new ACCEPT album is scheduled to be released via Nuclear Blast Records in the spring of 2012. It will once again be produced by English star producer Andy Sneap who has long become a part of the ACCEPT family. 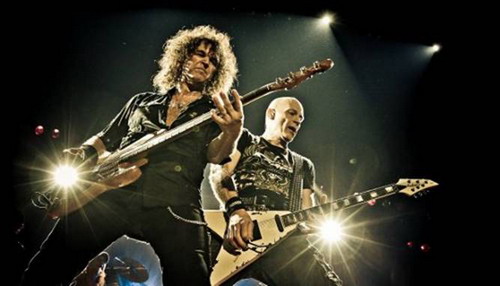 Photo was shoot by © Nidhol Marzouk!

As the saying goes… no rest for the wicked! Following the release of “Stalingrad”, ACCEPT will continue their unstoppable, Teutonic Terror in 2012 and beyond, invading stages from North to South, from East to West, leaving all nonbelievers in their metallic dust!