ACCEPT have achieved what few had predicted! With ‘Blood of the Nations’, they returned to the pantheon of heavy metal after a lengthy absence with a remarkable album. ‘Blood of the Nations” was a triumphant achievement that couldn’t have been any more successful or better received by fans and media alike. “Blood of the Nations” had eclipsed all expectations, being named Album of the Year in over 50 international “Best Of” lists and charted world wide higher than any previous ACCEPT release. 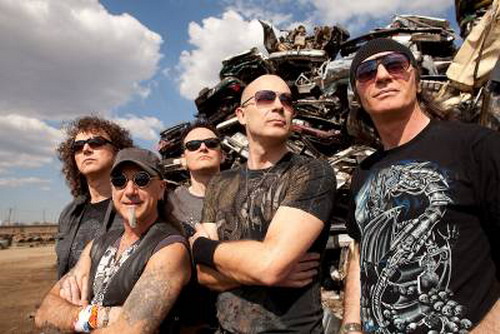 We are now in February 2012. The long running rumors that ACCEPT had started work on a new record last fall turned out to be true. It has been a few weeks since ACCEPT indeed announced the completion of their new album with the title ‘Stalingrad’. And today, on Tuesday, February 28th, ACCEPT will officially unveil the first track as a teaser for their new masterpiece. At 10:00 o’clock, the title track to ‘Stalingrad’ will be available on ACCEPT’s YouTube channel in its entirety.

‘Stalingrad’, the album, will be released in early April. It is already being hailed as the absolute prefect follow-up to the record-breaking ‚Blood oft he Nations’. The first reviews from the German media are starting to hit the presses hard and fast:

»Blood Of The Nations was ´metal album of the year 2010. ´Stalingrad is a worthy follow-up!«
ROCK HARD (GER) / Götz Kühnemund

»With Stalingrad the veterans show the juniors how to write classics!«
HEAVY (GER) / Martin Römpp

In addition, ACCEPT are launching a full scale media attack and will be featured on the covers of several major rock publications in March: ROCK HARD, RCN and March/April in HEAVY are just the beginning!