For more than 15 years now, Amber Asylum from San Francisco have been forging a style which is hard to pinpoint, described by multi-instrumentalist Kris Force, the artistic leader of a shifting pool of studio- and live-musicians, as a mixture between Neoclassic and Dark Ambient with hints at Neofolk, Industrial and Doom Metal. Right from the beginning, sinister string-arrangements and female vocals in combination with dragging rhythms of the hypnotic kind have been the main characteristics of Amber Asylum, which according to the band tackle the core of being and achieve a cathartic effect. 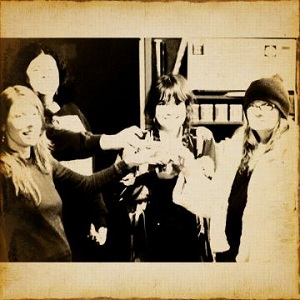 Today, Prophecy Productions proudly announce their collaboration with Amber Asylum in order to re-release the band’s entire back catalogue as well as three further albums. The follow-up to 2009’s “Bitter River” is currently being recorded and will most probably be released in 2013 alongside the new editions of the earlier albums.

“I am very pleased to come aboard Prophecy with the entire back catalogue. It is Amber Asylum’s personal singularity and the end to a long journey home. I hope to devote more time to the craft of actual music making and production while trusting the amazing team at Prophecy Productions to bring it to the world. On behalf of the entire collective of Amber Asylum we move forward with enthusiasm and gratitude.”