AmbraMarie has been portrayed as one of the most beautiful and powerful female voices of the Italian rock scene. Straight afterwards her partecipation at the infamous talent show “X-Factor” during 2009 (Italian edition, broadcasted by channel RaiDue) she took up a long and important tour hitting italian and foreign major cities. The young Italian rocker from Bergamo has been recently working at the West Link Studio with producer Alessandro Paolucci (Prozac +, Vanilla Sky) on the making of her long-awaited debut album which will be released in Autumn 2011.

Thanks to her strong personal experience and the help and collaboration of her band, AmbraMarie’s path as a composer eventually took shape. Every track on the album has been developed attuned to her powerful, scratched yet melodic voice and along with a rock fondness. 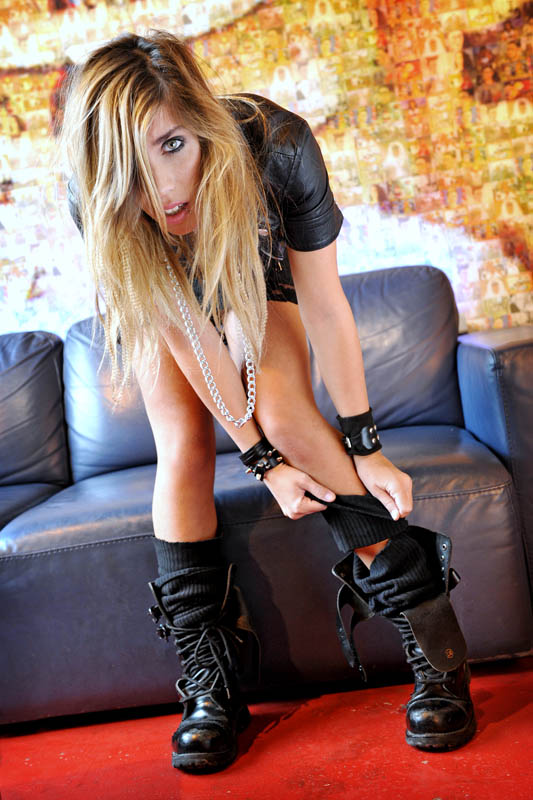 The album, containing 14 tracks, will be released in 2 versions, one for the Italian market, the other designed for the foreign market.

The album title “Stay Hungry, Stay Foolish.” is a quotation from a famous speech delivered by Steve Jobs at the Stenford University. Those words, in fact, strongly impressed AmbraMarie.

Get ready for an emotional album with punchy groove…