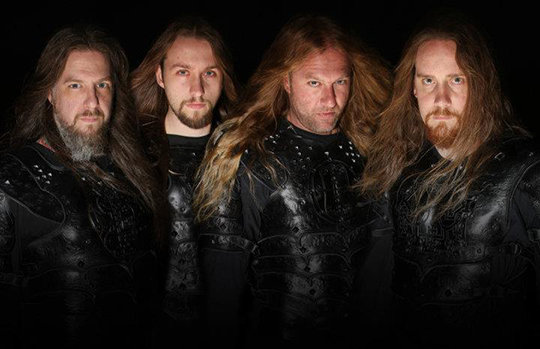 FDA Rekotz has announced the vinyl publication of Liar in Wait, the 2012 full-length from Floridian death metal beast AMON.

AMON formed in 1987 in Tampa, Florida, before changing their name to DEICIDE and pioneering the American death metal movement. After their highly-publicized departure from DEICIDE, brothers Eric and Brian Hoffman resurrected AMON to spread the unholy plague all over the world.

Liar In Wait contains nine bone-crushing songs, recorded at Red Room Recorders with Mark Prator and will be released in Europe with an new and exclusive artwork, created by Misanthropic Artwork, with the layout done by ArtWars Mediadesign. The European edition is limited to 200 gold/black marbled copies and 400 Satanic black copies. Package deals that include the new AMON t-shirt are being offered as well. FDA Rekotz will unleash this beast on January 31.

Pre-orders are now available at www.fda-rekotz.com. 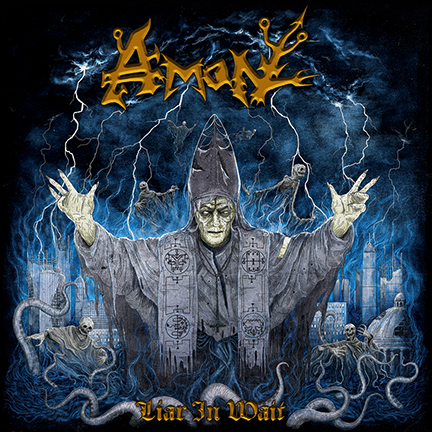