Due to the ongoing demand from European fans wanting to experience Beyond All Light, the acclaimed 2013 album from Louisville, Kentucky-based black metal entity, ANAGNORISIS, the band will reissue a cassette edition of the album via Berlin-based Yehonala Records in the coming weeks.

While ANAGNORISIS already released an extensive behind the scenes look at the inception and construction of Beyond All Light in conjunction with its release last Summer, a second installment video has just been released. Initially only available on the DVD which accompanied the special edition LP version of Beyond All Light, the second film travels further into each member’s own theologies, the album’s lyrical basis and personal experiences which helped lay the inspirational foundation for the record.

View Behind the Scenes of Beyond All Light – Part II at THIS LOCATION.

Preorders for the new cassette version of the album are available HERE. 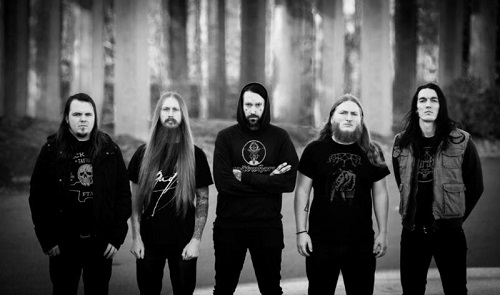 ANAGNORISIS has also been confirmed to take part in a Dave Brockie Foundation benefit show in their hometown on June 27th, to pay tribute to the recently-passed great metal icon.

The nearly fifty minutes of dynamic black metal harnessed on Beyond All Light and the critical accolades provided from international media sources have helped elevate ANAGNORISIS from the cult status they’ve held over the years into the international spotlight. In addition to the digital, digipak CD and cassette versions of Beyond All Light already unfurled in 2013, the LP edition of the album is available. The wax incarnation features redesigned artwork and custom fold-out packaging, available on black, red, and blue vinyl, and includes a high-quality download of the tracks. All copies are hand-numbered. Stream the album and purchase all versions direct from the band at music.anagnorisis.com.

Stay tuned as ANAGNORISIS continues to play out sporadically throughout the rest of the year and begins devising the next chapter in the band’s expanding discography.

Hot News: Anagnorisis – Releases Video Documentary On The Making Of Beyond All Light