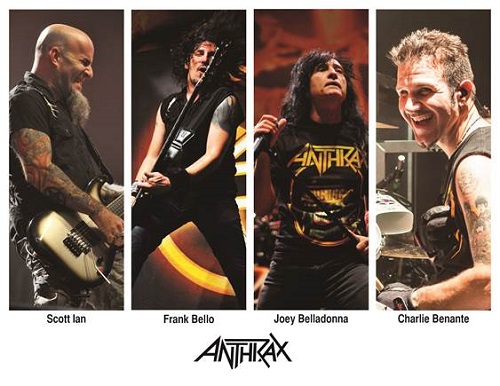 Jon Dette will fill in for drummer Charlie Benante on the first few weeks of ANTHRAX’s 29-city European tour that kicked off May 27, in Barcelona, Spain and runs until July 12 in Balingen, Germany.  Benante, who had surgery on his hand last summer and has been going for regular physical therapy up until just recently, thought he’d be back to 100% for the Carolina Rebellion and Beale Street Music Festival shows that ANTHRAX also did earlier this month.

“Playing those shows, I realized I’m just not quite there yet,” Charlie said, “especially for the schedule ANTHRAX has on these European dates. I’m hoping to join the tour for the last couple of weeks, but until then, we all appreciate that Jon can sit in for me.”

Benante plans to be drumming on ANTHRAX’s handful of North American dates later this summer that include Heavy MTL in Montreal and the MOTÖRHEAD Motorboat Cruise set for late September with MOTÖRHEAD,MEGADETH, Zakk Wylde and others.  Following these dates, ANTHRAX will enter the studio to write and record their follow up to 2011’s Grammy-nominated »Worship Music«, named “Metal Album of the Year” by fans and in media outlets across the globe.

Anthrax „A Skeleton In The Closet” élő klip bemutató