ANTHRAX are set to release a special edition of their 11th studio album “Worship Music” through Nuclear Blast on 22nd March, 2013.

ANTHRAX, one of heavy metal”s all-time great acts who, along with SLAYER, METALLICA and MEGADETH -The Big Four – are credited with co-founding the thrash genre, return with a special edition of “Worship Music”. The “Special Edition” includes a bonus “Anthems” disc which includes 6 covers, “Anthem” (RUSH cover), “Jailbreak” (THIN LIZZY), “TNT” (AC/DC), “Big Eyes” (CHEAP TRICK), “Smokin” (BOSTON) and “Keep On Runnin” (JOURNEY) as well as a remix of the track “Crawl”. “Worship Music” was the bands first release in seven years and marked the return of singer Joey Belladonna, an essential part of ANTHRAX”s line-up from 1985 to 1992. 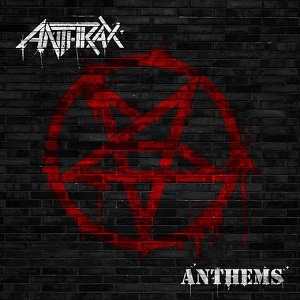 The band who picked up the highly prestigious “Metal Guru” award at the Classic Rock Awards last November will be returning to the live circuit this year with an appearance at the annual Bloodstock Open Air festival on Sunday 11th August 2013. SHADOWS FALL guitarist Jon Donais will temporarily fill in for the departed Rob Caggiano when the band play previously announced dates in India, Australia and North America.

„Anthems“ will be available both as a package along with „Worship Music“, but also separately on CD or Vinyl.

Anthrax „A Skeleton In The Closet” élő klip bemutató