Anti Tank Nun, the band created by Tomek ‘Titus’ Pukacki, the well-known vocalist and bass guitarist of Acid Drinkers, and the phenomenal 15-year old guitarist Igor ‘Iggy’ Gwadera, released  the sophomore album “Fire Follow Me” in late Spring. Today, you can check out their video clip promoting the album. „Under The Big Black Tent” is available on YouTube in THIS location.

Anti Tank Nun was a sensation on the metal scene in Poland last year, when they released their debut album “Hang’em High”. With the new material they take another step forward as they promise the album will be more melodic and mature. At the very beginning, Tomek and Igor were supposed to record one studio track only and a video-clip for that same track. The results of their work at rehearsals were so good that they decided to form a band – Anti Tank Nun! The band’s line-up was soon completed by Adam Bielczuk (guitar) and Bogumił Krakowski (drums). Igor is a pupil of the well know Polish musician Jarek Chilkiewicz (Bracia, My Riot) and from the beginning of his education he was showing incredible talent. There was no one on the Polish music scene who at the age of 14 could play guitar so well. He is able to play his own solo parts but also those of Zakk Wylde, Dimebag Darrel, Randy Rhoads or Glenn Tipton! Anti Tank Nun’s debut album entitled “Hang’em High” contained a perfect blend of heavy metal sounds with melodic riffs. The charismatic bass player Titus shows off his new face and, together with the young but talented guitarist, these two musicians make for an incredibly energetic duo. 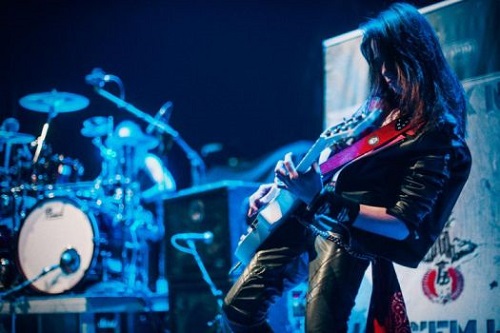 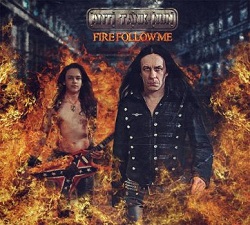