“The Law,” from ANTIGAMA’s upcoming “Stop The Chaos” MCD, has today been made available to the public. Check it out right here:http://youtu.be/T_P_1_itqzE

The band recorded “Stop The Chaos” at Warsaw’s Progresja Studio with sound engineer Pawel “Janos” Grabowski, and commissioned the mixing and mastering duties to longtime friend and prominent Polish music producer Szymon Czech (Nyia, Third Degree). Featuring six tracks of the band’s monolithic crushing power and cutting-edge grindcore tactics, “Stop The Chaos” will be released on May 18th through Selfmadegod Records. The album will be available in a standard CD pressing as well as a limited edition CD in special screen-printed jewel case box with patch and pin (limited to 100 pieces), and via digital download, with a vinyl version coming later this year.

ANTIGAMA have already began confirming live attacks throughout Poland to promote the mini-album, beginning with a three-day killing spree in mid-May including a record release party in Warsaw on May 18th, followed directly by shows in Turek and Poznan. Guitarist Sebastian Rokicki comments: “We are totally stoked about new recordings and can’t wait to get them released. So far feedback has been more than great. We look forward to promoting ‘Stop The Chaos’ on stage this May!” 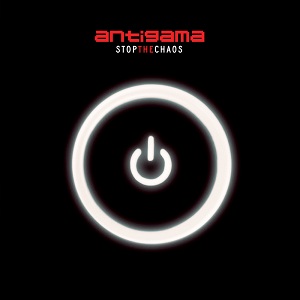 This year ANTIGAMA will also be releasing a 3-way split with Noisear and  The Kill, as well a new full-length is set to be recorded later in the year. Stay tuned as the action unfolds throughout 2012.

Hot News: Antigama – Stop The Chaos Remixes Is Out Now