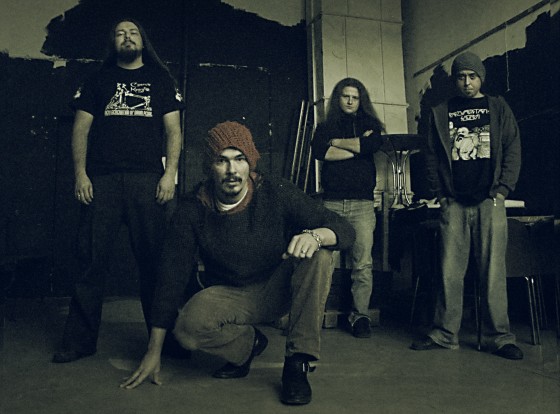 Following two full-length releases via Relapse Records over recent years, ANTIGAMA have re-signed with their longtime friends at Selfmadegod and are currently locked away in Warsaw’s Progresja Studio with sound engineer Pawel “Janos” Grabowski. The band are in the process of recording several brand new tracks for two different upcoming releases — a 3-way split with Noisear (USA, Relapse) and The Kill (Australia), as well as a MCD tentatively entitled Stop The Chaos. The session started on February 1st 2012, and final mixes and mastering duties will be completed by none other than the band’s long time friend and famous Polish music producer Szymon Czech (Nyia, Third Degree).

Both releases are due this Spring via Selfmadegod Records, and plan on recording a new full-length for the label later in the year as well.

Stay tuned for studio reports, confirmed street dates and other details on all things ANTIGAMA in the coming weeks and through the rest of 2012.

Hot News: Antigama – Stop The Chaos Remixes Is Out Now