Portuguese extreme progressive metallers MALEVOLENCE are proud to at last reveal the track listing for their much anticipated 3rd full length album.

The final sound alignment upon ANTITHETICAL will be represented and perpetuated in the following running order:

MALEVOLENCE appreciate the large amount of anticipation growing day after day towards the new release given that ANTITHETICAL is the very first studio work from the band in a period of thirteen years. ANTITHETICAL shall erect on the market during 2012 as the fundamental follow-up to their worldwide critically acclaimed MARTYRIALIZED 2nd full length effort (Recorded in FREDMAN STUDIO by FREDRIK NORDSTROM).

MALEVOLENCE is concluding these days the adjustments on the TEASER 2012 for ANTITHETICAL that will be under broadcast very soon. 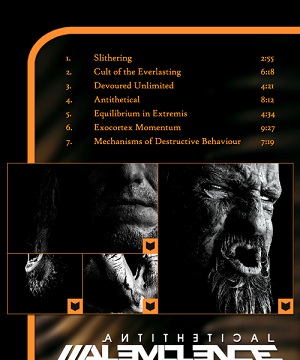 (*) Image on attachment released by: KKSTRUCTURES