The album is available for purchase at the links below:
iTunes
Google Play
Amazon.com 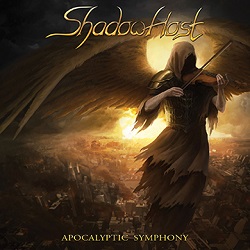 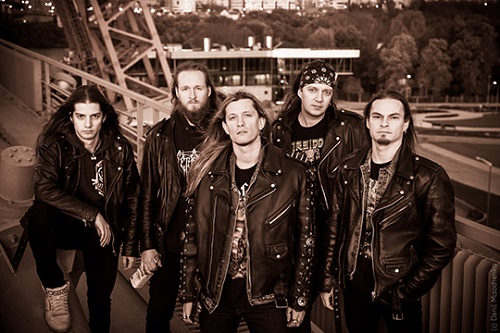 Shadow Host was created at the end of 1993 by guitarist Alexey Arzamazov in Moscow. They became one of the first Russian bands to play melodic power/speed metal. Their debut releaseTwilight Legend came into the light in 1997. Soon after their next release, Neverland, an important event occurred which skyrocketed the band to a considerable new level – Shadow Host performed on Luzhniki arena as the opening act for their idols, Blind Guardian. Performances with bands such as Grave Digger, Stratovarius and Nightwish followed. Shadow Host continued their concerts on large stages before foreign musicians: Edguy and Gamma Ray became the next milestones after the release of their third studio album, Curse Of The Angeleyein 2005. This album had already a much heavier feel.

The release of the band, titled Bringer Of Revenge, became the logical continuation from the predecessor, came out in 2011. The music became even faster and more aggressive, and, in essence, turned to melodic thrash metal. Soon after the release of this album, the position behind the microphone was taken up by Alexey Markov (also STARSOUP), the band started out on a tour and played several significant concerts, including as the opening act for the legendary thrashers Annihilator and Overkill. At the start of 2013, Shadow Host released the EP Demon Hunter, and, at the end of the year, a whole two releases: the EP Lunacy Divine and the follow-up full-length album Apocalyptic Symphony, – to this day the fastest, heaviest, and best-quality release by the band.