The new ARCHGOAT EP, Heavenly Vulva (Christ’s Last Rites), is currently streaming in its entirety courtesy of Imperiumi.net. Check it out HERE. The stream will run until October 19, 2011. 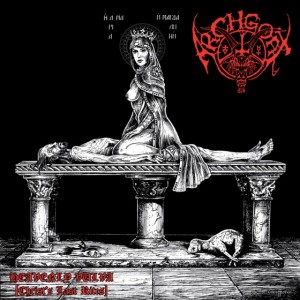