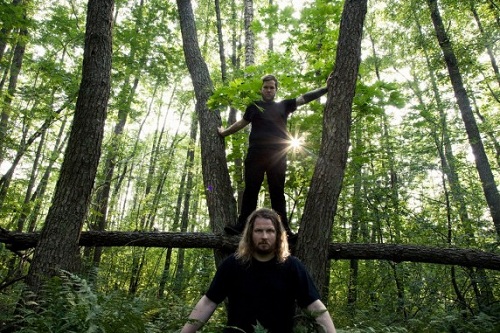 Below is the cover art for Torches Ablaze, as well as a complete ARKHAMIN KIRJASTO biography. Additionally, the tracklisting is as follows: 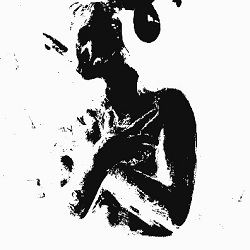 Complete tracklisting for ARKHAMIN KIRJASTO – Torches Ablaze CD
01 The Cult of No Return
02 Knights of Torment
03 Sleeping Beauty
04 Sea of Madness
05 Bitch from Hell
06 Thousand Snakes
07 Speed, Yog Sogoth
08 Golem Made of Flesh
09 Synthetic Death
10 When the Light is Dead and Gone

ARKHAMIN KIRJASTO biography
Arkhamin Kirjasto was born in 2010, when Jussi Lehtisalo and Samae Koskinen started making music together. Their aim was to combine different aspects of metal, the music they both loved. Would the guttural power of Autopsy and Nihilist work well with the sheer melodiousness of early Iron Maiden and Angel Witch? Arkhamin Kirjasto’s debut album, Torches Ablaze, is the answer to that question.

This versatile record opens with “The Cult of No Return,” a startling riff that pays homage to Judas Priest. “Sea of Madness” takes an ethereal trip to the realms of psychedelia while “The Bitch From Hell” pairs pure glam with death metal vocals. The undead hissing of “Thousand Snakes” and the majestic guitar noise of “Speed, Yog Sothoth” then proceed to turn the metal blueprint inside out.

Koskinen is a well-known Finnish solo artist who plays guitar in the live lineup of Xysma. When he’s not managing his label, Ektro Records, Lehtisalo plays in Circle and Pharaoh Overlord, among others. The pair previously worked together in Aaron Turner’s Split Cranium project.