ATA  is a three years old band hailing  from Genova (ITALY). During April 2012 the combo flew overseas to produce their debut album “Borderline” at Westfall Recording Company in New York, where they worked for 3 weeks. In New York the band also recorded the first studio video for the single “Alice’s Song” taken from their record distributed later by Underground Symphony Records and now published by Wormholedeath/Warner/Chappell Music worldwide.

Their strength is this ambition of creating a distinctive sound with female vocals (clean and growl) together with technical skills and stage presence. Ata alternates soft moments to crushed and heavy patterns with breakdowns, devastating growl. 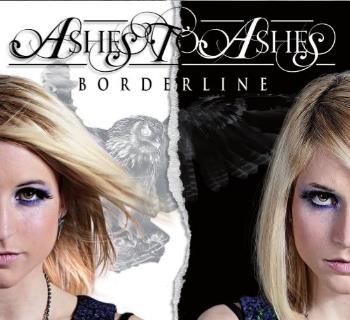 The whole band stated: “Ashes To Ashes are proud to announce the signing of a publishing deal with WormHoleDeath.  It’s going to be a succesful path thanks to the professionality and the hard working mentality of the label. It took a single meeting to understand that WormHoleDeath politics perfectly metches the needs of the band. We couldn’t wish for better and we are sure we’ll do great together from today on.”

WORM stated: “I know Ashes to Ashes  from the beginning of their adventure since Marta was already gaining good consideration between the music business’ insiders because of  her great voice, devastating growl and stage presence. When Ata asked me to follow their career as their publisher and furthermore to take care of their promotion, administration and A&R tasks I was really excited since I consider this cooperation as a new challenge. It is not a secret that WHD is moving toward a wider audience and a more mass-market attitude so working with ATA is such a great opportunity for our company to make a further step toward this strategic direction. By the way you should all check this band out, you will fall in love…Just like I did”