We are looking forward to see you on the road!

It’s with both pride and joy that we welcome Saša Vukosav, one of Croatia’s most talented drummers, to the AYL family. Saša started playing drums at the age of 16 while he was living in Dubrovnik. He moved to Rijeka, to study, where he joined the alternative/metal band Father and played with them for eight years. In that period he recorded one album with them and toured Europe quite extensively. During that time he participated in various projects besides Father and that is when he got involved with AYL for the first time. He joined the bend as a touring member in 2004/2005 and participated in the pre-production stage of the “Songs of the lost” album. Due to other commitments the collaboration wasn’t more extensive. Several years later once again Saša stepped in and helped us in the pre-production stage of our new album called “The cure for happiness“. 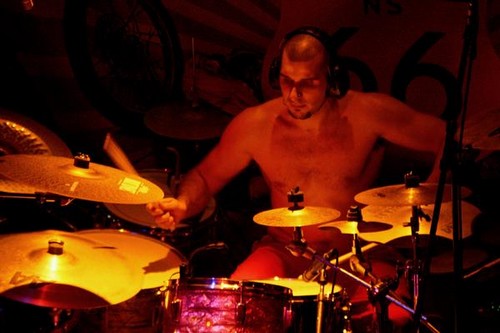 Since the drummer seat for AYL was once again vacant there was only one person we wanted on that position. We didn’t want to have a revolving seat, we wanted a serious and a permanent member of the band. Fortunately for us, this time around, Saša said yes! Since he was involved with the band before this felt like we picked up right where we left off.