Improvisational and Aleatory-inspired Black Metal from the Hills of Central Texas, The Dark Emperor of the Shadow Realm will be released June 21 by HUMUT TABAL.

The new opus is an eight-track concept album that tells the tale of a misanthrope in a post-apocalyptic wasteland who experiments with established occult practices before looking solely inward and transcending the physical and spiritual bonds of the world and of human preconception. Warning: The new album pushes boundaries and short circuits neurons.

The album’s title track is now streaming at THIS LOCATION.

The The Dark Emperor of the Shadow Realm video preview can be seen at: https://www.youtube.com/watch?v=M-yiC1makKg 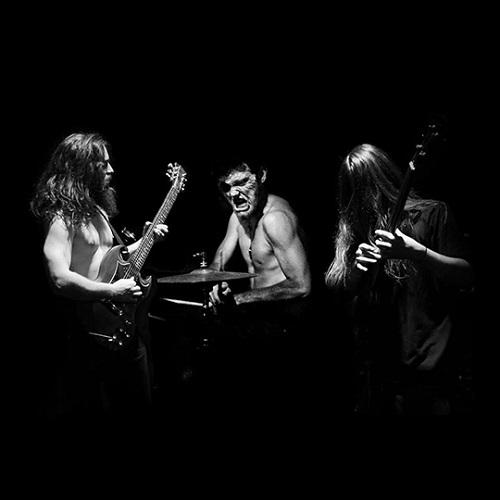 HUMUT TABAL plays a style of black metal heavily influenced (but not exclusively) by the Scandinavian black metal groups of the 80s, 90s, and 2000s, such AS EMPEROR, MAYHEM, SATYRICON, and DISSECTION, as well as by the improvisational, serial and aleatoric approaches of other musicians of the jazz, classical and progressive styles. These include but are not limited to: JOHN COLTRANE, MILES DAVIS, KENNY CLARKE, BRUBECK, STOCKHAUSEN, BELLA BARTOK, SCHOENBERG, PALESTRINA, BRAHMS, PHILLIP GLASS, WAGNER, IGOR STRAVINSKY, BILL EVANS, TYNER, MEDESKI, MARTIN & WOOD, TONY WILLIAMS LIFETIME, FRANK ZAPPA, and the GRATEFUL DEAD, among others. These influences bring a more technical, spatial, experimental and improvisational approach to HUMUT TABAL‘s black metal base.