The band was formed in 1999 and released their first demo “In Case Of Fire” in 2003. They signed with Ton 4 Records a year later, recorded their debut “Face 2 Face” and played numerous shows and festivals. Their second album “Chainbreaker” followed in 2006 and their touring extended to Slovenia, Slovakia and the Czech Republic, sharing the stage with bands such as Maroon, Deadsoil and Machine Made God.

One of the band’s milestones happened in the summer of 2007 when they were invited to Indonesia for a headliner tour. They played in Bali, Java and Sumatra and performed as headliner on the main stage at the Soundrenaline Festival in Padang, Sumatra, in front of more than 20.000 people! They returned to Indonesia in 2008 and played gigs in front 25.000 people in Pekanbaru and 45.000 people in Medan.

Their latest album “Elegance Of Bloodiness” was released in October 2009 via 7Hard Records.

THE LAST WARNING finished their upcoming album in December 2012. It was recorded at the Music Factory/Prophecy Studios with producer R.D. Liapakis (Mystic Prophecy, Devil’s Train) and sound engineer Christian Schmid.

Vocalist Hans-Jürgen Moitzi commented:
“Working with Lia and Christian was awesome! Lia kicked our asses to get the best out of the band. The new album is a real thrash monster! We are also very proud to be part of the Massacre Records family now. Massacre Records is the perfect label for our upcoming album!”

THE LAST WARNING’s new album is expected to be released in spring 2013 via Massacre Records! 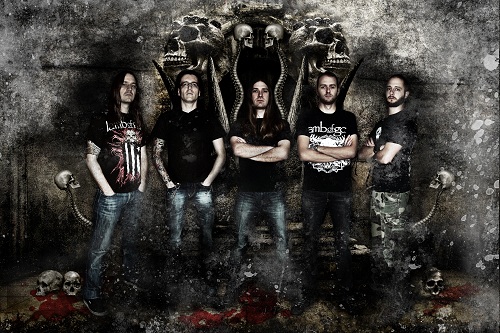 The Last Warning – The Beast Videoclip