Avven have announced another leg of their tour, including gigs in Poland, Czech Republic and Slovakia.

The tour will start with two concerts in their homeland (Slovenia) and continue with shows all around Poland, finally concluding with an appearance at BeltineFest, which is a more and more established Czech metal festival in Prague and Brno (CZ).

The band is currently working hard on their new material, which will obviously lead them into a more modern direction. As the band members said in the recent interviews: »The new modern era has obviously affected us considering the songwriting process and sounds we use, and we really want to express our inspiration with absolutely no limits. It feels like exploring a completely new universe and new dimensions. However, we have been working on the new album for a few months now, so we are really looking forward to the tour. I guess we have to release all the tension that comes along with the studio work. There is nothing better than a few live gigs for that.« 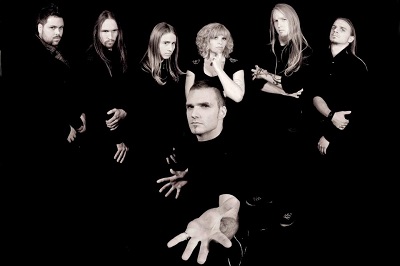 As the concert reviews usually report on their great performances these guys are capable of, it would be a pity not to see them on stage. Avven will share the stage with Burnfuse (SI), Cruadalach (CZ), Helroth (PL) and Ravenhill (SK). Here comes the »tour teaser«.

Hot News: Avven with a new approach towards their fans!