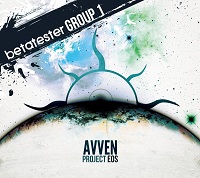 It would actually be just another typical album announcement, if not for its unique approach to the relationship between the band and their fans. Avven are actually giving everybody a chance to cooperate on the project. Sounds interesting?

On their official Facebook page, they have just launched an application, through which you can apply for the position of a betatester of the EOS project. They are searching for people of different professions, age and backgrounds, who will share their opinions and ideas on demo recordings, lyrics, graphic designs and other stuff concerning the new album. A total of 100 betatesters will be selected and given exclusive access to most of the material. So – join Avven on board!