AxisOfMetal.com has teamed with Abyss Records and Swedish death/doom metal outfit The Gardnerz to debut a brand new track off the band’s forthcoming mini-album, It All Fades.

The track, entitled “Don’t Look Back,” is being called a “a seven-minute doomy-death attack which will punish your psyche…” by Axis Of Metal. Members of The Gardnerz had the following to say about the song, “We have chosen the song “Don’t Look Back” to be the first song out of this new recording to be available to the public eye (or ear in this case) because it sets a good tone for the rest of the mini album,” said Bassist Francisco Martín.

“This time around the songs are a bit slower and darker than on The System Of Nature (the band’s debut), we tried to continue on the path we have chosen. We have found our niche and have no reason to stray, so if you liked our first release you will like It All Fades as well. This time it was a bit more of a group effort and I think that made the songs stronger,” added guitarist Wilhelm Lindh.

Check out the exclusive stream of “Don’t Look Back” at this location. It All Fades is coming this Fall on Abyss Records. 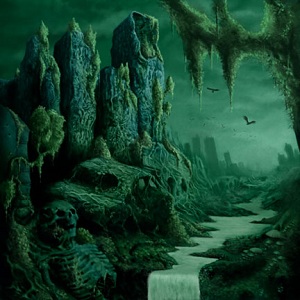 Drummer Vedran Benčić recorded his tracks at Armageddon studio in Osijek Croatia. Guitarist Wilhelm and bassist Francisco returned to Funky Cat Studio in Landskrona Sweden, where The System of Nature was recorded, to lay down their parts. Vocals were tracked by Niclas Ankarbranth at Ninja Studios in Malmö Sweden.

The System Of Nature is currently streaming in its entirety at www.TheGardnerz.com and is still available for purchase through Abyss Records.

THE GARDNERZ is a doomy death metal band from the south of Sweden, THE GARDNERZ was formed in the middle of 2008 by Wilhelm and in late 2008 Francisco joined the band and the debut album started to take shape. A longtime friend of Francisco, Juan Pablo was recruited to do the drums and after a long time of searching for a vocalist Niclas stepped in to the picture. THE GARDNERZ inked a deal with Abyss Records in late 2010 The band’s debut album, The System Of Nature, is now out on digipack CD through Abyss Records, on LP through Mechanix Records and digital download through Digmetalworld. Boosted by the tremendous response from the debut album the band started working on new material. In 2011a new drummer, Vedran Benčić, was recruited and after a few months of rehearsing the new songs the band decided to record a Ep. The recording started in early 2012 and yielded the It All Fades Mini Album containing six doom and death filed tracks.

The Gardnerz – A doom/death metal hybrid with allot of twists and turns that will keep you on your toes, not your garden variety band. Blending slow and heavy riffs with melodies distorted and clean.Taking influences from all over the musical spectra, but keeping a solid metal foundation. Mixing technicality with simplicity to get as varied music as possible.

Hot News: The Gardnerz – It All Fades Out Now