Metal Mind Productions is proud to present the exclusive re-release of three albums by the British band Bal-Sagoth: “The Power Cosmic”, “Atlantis Ascendant” and “The Chthonic Chronicles”.

“The Power Cosmic” – Bal-Sagoth’s fourth full length album from 1999. Focusing on an intergalactic tale of war, cosmic empires, and celestial gods, the album pushed the band to new heights both artistically, and in popularity.

“Atlantis Ascendant” – Bal-Sagoth’s fifth full length album from 2001. The album’s primary story and lyrical concept centers around the exploits of a fictional nineteenth century British archaeologist and adventurer named Professor Caleb Blackthorne III, who has dedicated his life to the field of antediluvian anthropology and to seeking out evidence as to the true nature of mankind’s origin. As with many protagonists in the Lovecraftian fashion, his investigations lead to madness and death.

“The Chthonic Chronicles” – Bal-Sagoth’s sixth album. Although vocalist/lyricist Byron Roberts most often refers to “The Chthonic Chronicles” as “the end of the Hexalogy”, this could also refer to the end of this particular set of stories. Bal-Sagoth’s now-established tradition of lyrics revolving around antediluvian settings such as Atlantis, Lemuria and Mu is once again present, and song titles such as “Shackled to the Trilithon of Kutulu” indicate that the heavy H. P. Lovecraft inspiration, that set a tone of cosmic horror to the lyrical aspects of their previous albums, is present too.

Bal-Sagoth was conceived in 1989 by Byron Roberts, in an attempt to form what he called “A sublimely symphonic black/death metal band swathed in a concept of dark fantasy/science fiction and ancient myths & legends.” Inspired by such writers and artists as Robert E. Howard, H. P. Lovecraft, Clark Ashton Smith, Edgar Rice Burroughs, J.R.R Tolkien and Jack Kirby, Byron set out to create his own dark fantasy universe, with tales told through epic lyrics and music. The idea was finally put into action when Alistair MacLatchy introduced Byron to the brothers Jonny and Chris Maudling. The inception of the band took place during the summer of 1993, and after releasing a mysteriously apocryphal demo in Winter, Bal-Sagoth signed to London’s Cacophonous Records. Over the course of five years Bal-Sagoth recorded their celebrated First Trilogy of albums, comprising 1995’s “A Black Moon Broods Over Lemuria”, 1996’s “Starfire Burning Upon The Ice-Veiled Throne Of Ultima Thule”, and 1998’s “Battle Magic”. The band then signed to the German label Nuclear Blast and began the process of completing their planned six part saga, beginning with 1999’s “The Power Cosmic”. This was followed up in 2001 with the band’s fifth full length album, “Atlantis Ascendant”. The long awaited cataclysmic conclusion to the band’s epic hexalogy, “The Chthonic Chronicles”, was released in 2006, and received outstanding reviews from the worldwide music press.

The exclusive re-issues of Bal-Sagoth’s albums include expanded lyric booklets. The albums will be available in a new digipak edition each limited to 2000 copies. The release date is set for November, 14th in Europe and January, 10th 2011 in USA (via MVD). 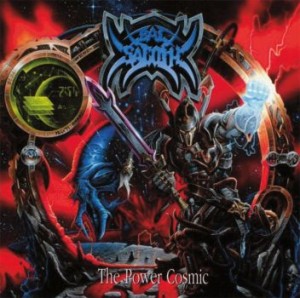 1. The Awakening of the Stars
2. The Voyagers Beneath the Mare Imbrium
3. The Empyreal Lexicon
4. Of Carnage and a Gathering of the Wolves
5. Callisto Rising
6. The Scourage of the Fourth Celestial Host
7. Behold, the Armies of War Descend Screaming From the Heavens!
8. The Thirteen Cryptical Prophecies of Mu 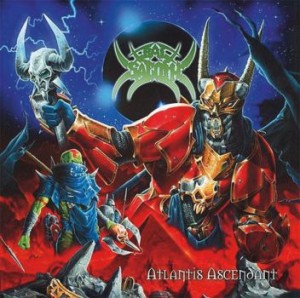 1. The Epsilon Exordium
2. Atlantis Ascendant
3. Draconis Albionensis
4. Star-Maps of the Ancient Cosmographers
5. The Ghosts of Angkor Wat
6. The Splendour of a Thousand Swords Gleaming Beneath the Blazon of the Hyperborean Empire: Part III
7. The Dreamer in the Catacombs of Ur
8. In Search of the Lost Cities of Antarctica
9. The Chronicle of Shadows
10. Six Keys to the Onyx Pyramid 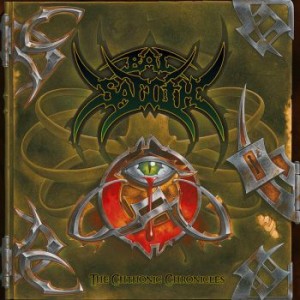 1. The Sixth Adulation of His Chthonic Majesty
2. Invocations Beyond the Outer – World Night
3. Six Score and Ten Oblations to a Malefic Avatar
4. The Obsidian Crown Unbound
5. The Fallen Kingdoms of the Abyssal Plain
6. Shackled to the Trilithon of Kutulu
7. The Hammer of the Emperor
8. Unfettering the Hoary Sentinels of Karnak
9. To Storm the Cyclopean Gates of Byzantium
10. Arcana Antediluvia
11. Beneath the Crimson Vaults of Cydonia
12. Return to Hatheg-Kla