Baroness are giving fans an early listen to music from the eagerly anticipated new album, Yellow & Green (July 16 in Europe, Relapse Records) with a new song, “Take My Bones Away,” posted today on the band’s website (www.baronessmusic.com), YouTube (http://youtu.be/PZKPpeuHvJk) and Facebook (http://www.facebook.com/YourBaroness/app_178091127385) pages.

“Take My Bones Away” will be available today via iTunes. Pre-orders for Yellow & Green are currently available via http://bit.ly/BaronessYellowGreen. 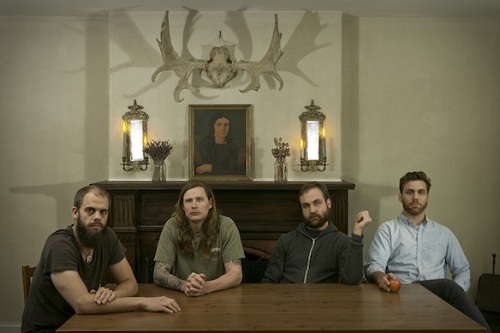 Baroness, who are currently on a North American tour with Meshuggah, have also announced their first round of European tour dates in support of Yellow & Green.