Another chapter of heavy metal history will be written in 2013…
When the BEASTIVAL festival will open its hellish gates from May 30 to June 1 in Geiselwind, Germany, every fan should be aware this is going to be a historical event. BEASTIVAL managed to accomplish something unique: THE BIG TEUTONIC 4! KREATOR, SODOM, DESTRUCTION & TANKARD on one evening, on one stage – something that has never happened despite the plus 25 year-career of every single band involved!

When the thrash metal scene started to rise in the early 80s in Germany and the USA, nobody expected this underground scene would turn into one of the biggest movements in heavy metal. Sure, metal acts such as Iron Maiden and Judas Priest were filling the biggest venues back then, but this was something new, something that would leave its mark on heavy metal to this very day: thrash metal! This style combined the energy and pace of hardcore punk with the techniques of the New Wave Of British Heavy Metal and built a fresh fan base. The scene was growing and growing…record labels were founded, underground clubs popped up and fanzines were being published. Around this time, KREATOR, SODOM, DESTRUCTION & TANKARD emerged – who are nowadays being referred to as “The Big Teutonic 4”. Four German bands who are being hailed as the crown princes of thrash metal worldwide and who have influenced countless successors and later metal genres with their albums and tours! 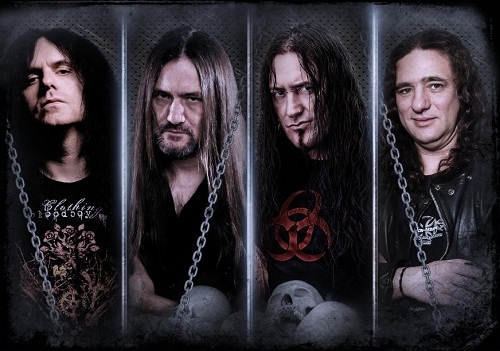 Without these bands, the metal scene as we know it today would not exist!

So the time has come for the BEASTIVAL 2013, and these four bands will join forces on stage for the first time ever! An event that will warm the hearts of generations of metal fans!

Let`s head for the BEASTIVAL in Geiselwind, Germany where the motto will be for the first time ever: THE BIG TEUTONIC 4!

Get your ticket or your limited fan pack (ticket, T-Shirt + NoiseArt CD of your choice) at www.hardticket.eu.