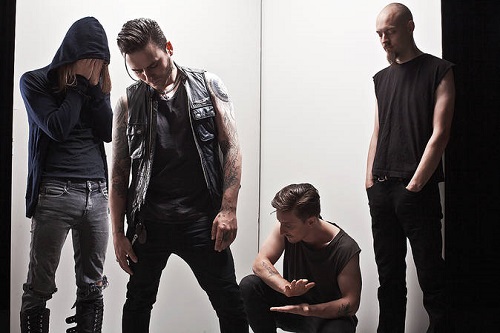 Finnish dark post-punk troupe BEASTMILK premiere a lyric video for “Love in a Cold World” at heavily trafficked web-portal CVLTNation.com. The track hails from the band’s forthcoming debut album, Climax, set for international release on November 29th through SVART RECORDS. BEASTMILK‘s highly anticipated debut album poignantly combines haunting clean vocals, darkly shimmering melodies, and a throbbing rhythmic pulse to create an atmospheric yet energetic journey into post-punk’s past, present, and definitely its future. The album will be available on CD, LP, and digital formats via SVART. Hear/watch the lyric video for BEASTMILK‘s “Love in a Cold World” exclusively here: http://www.cvltnation.com/beastmilk-stream-love-cold-world/.

In other BEASTMILK news, at long last, the band reveals the cover and tracklisting to the highly anticipated Climax: 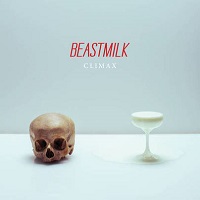 Tracklisting for BEASTMILK’s Climax
1. Death Reflects Us
2. The Wind Blows Through Their Skulls
3. Genocidal Crush
4. You Are Now Under Our Control
5. Ghosts Out Of Focus
6. Nuclear Winter
7. Fear Your MInd
8. Love In A Cold World
9. Surf The Apocalypse
10. Strange Attractors

“Elements of a gloomier Joy Division, an angrier Echo & The Bunnymen, a medicated Killing Joke, and even a lush layering of Peter Murphy” – all this, and vastly more, describes the immediately memorable 3D darkness of BEASTMILK. Born in 2010 during a nuclear winter in Helsinki, Finland, the void-mothers of BEASTMILK kick out an irradiated dust of what they appropriately dub “apocalyptic post-punk.” Their debut demo, White Stains On Black Tape, sold out quickly and earned the attention of Darkthrone’s Fenriz, who made it one of his favorites of 2010. Metal Hammer Germany soon wrote that “Beastmilk sounds like the secret recording from a psychedelic mass, located stylistically between Roky Erickson, early Misfits, and The Devil’s Blood.”

BEASTMILK quickly gained the recognition of Finnish label SVART RECORDS and inked a deal to reissue the demo on wax along with their next release, both on 7″ vinyl. “Wicked…trippy…dreamy…and pretty fucking epic” said Rocknreelreviews about their follow-up 7″, Use Your Deluge, and Avantgarde-Metal.com called it “downer death-rock, heavily indebted to the likes of early Christian Death and similar noctambulant cobweb-mongers.”

BEASTMILK played their first show with local old-school legends (and noted band influences) Nolla Nolla Nolla and Radiopuhelimet, followed by plenty of live shows both in Finland and abroad, culminating with an exclusive show at the Metal Magick festival in Denmark. In June 2013, they flew out to Boston, USA to record at GodCity Studio with the legendary Kurt Ballou (Converge), who produced their debut full-length album, Climax; the members of Converge found BEASTMILK online, loved them, and ordered both their 7″s, with Ballou soon offering to produce their debut album at his world-famous studio. The result is Climax, an album of dark, driving anthems that work their magic instantly upon the first notes – fall in with the fallout and get down with BEASTMILK!