Finnish post-punk act BEASTMILK, whose recent debut album Climax has been an underground hit worldwide, will appear at the Sonisphere Festival in Knebworth, England on June 6th, alongside such bands as Metallica, Alice in Chains, and Mastodon. “We’re honoured and privileged to be playing Sonisphere with such greats as Metallica,” says the band. “We’re really looking forward to giving the crowd a glimpse back to Metallica’s punk influences, throwing up a dose of our apocalyptic death-rock and make some of those headbangers dance.” BEASTMILK were also recently nominated as best underground act of the year in Metal Hammer magazine’s annual Golden Gods awards. 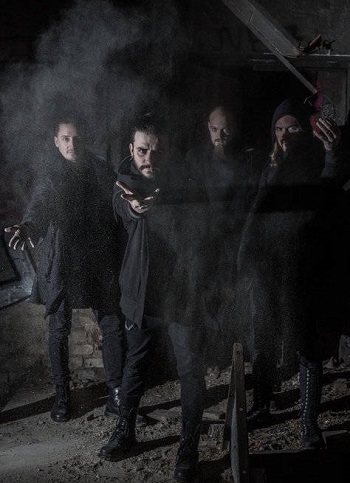 Fresh from this week’s appearance at the Roadburn Festival in Holland, BEASTMILK will perform two select gigs in Finland in late April, before heading back to Europe to tour with Doomriders and Herder. Besides Sonisphere, the band will appear at several festivals during the summer, from Wave Gotik Treffen and Tuska to Hell’s Pleasure and Norway’s Slottsfjell Festival. Here are the confirmed dates thus far, with more festival appearances TBA: