BEAUTY IN THE SUFFERING, the newly launched electro-metal studio project from producer Dietrich Thrall (MARAZENE), will release the bands debut single, “THE CRAZIES,” on November 5, 2013. 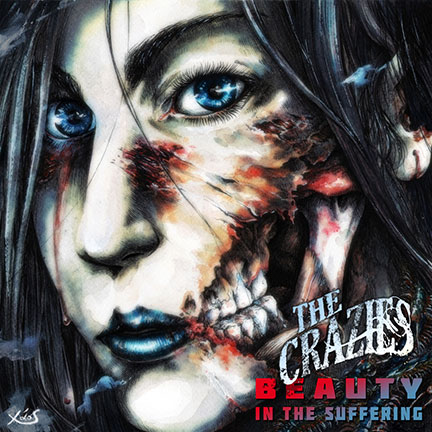 After spending the majority of 2012 locked away in his personal studio writing, arranging, and programming 40+ songs, DieTrich emerged for several minutes to announce his new project only to dive back into a 15 hour marathon studio session with drummer CHRIS EMERY of AMERICAN HEAD CHARGE. Other announced studio special guests include AARON “MONTY” MONTGOMERY (TRAPT), ANGEL BARTOLOTTA (DOPE, TEAM CYBERGEIST), CHRIS TELKES (NOCTURNE, THE RAZORBLADE DOLLS), and PROVO PROVENZANO (SKINLAB, RIKETS).

Provo has also been the engineering force behind the project. Said Provo: “BEAUTY IN THE SUFFERING is one of the most exciting projects I’ve worked on lately. DieTrich is insanely precise in the studio and has a great vision for where his songs need to be and the DIY ability and attitude to get it done right. DieTrich has also brought in some amazing studio musicians to help round out a unique and catchy collection of gritty and electronic based tunes. I can’t wait to get these songs out for the world to hear!”

Special thanks to +++, my family, and my friends whose belief in this project helped make it happen.

The Beauty We Glean From The Suffering We Have Endured Can NEVER Be Denied..

BEAUTY IN THE SUFFERING (from left to right) Provo Provenzano, Justin Hogan, DieTrich Thrall, Chris Emery, and Cory Ford on the set of “THE CRAZIES” full production video.