Believe, one of the best progressive rock bands in Poland, have just been confirmed as a first band to play at the next edition of the prestigious ROSfest. The event scheduled for May, 3rd – 5th 2013 will host live performances from some of the world’s finest progressive rock bands. The past editions of the festival included such names as Pendragon, Gazpacho, IQ, Frost, DeeExpus, Satellite, RPWL and many others. For full details go to THIS location. 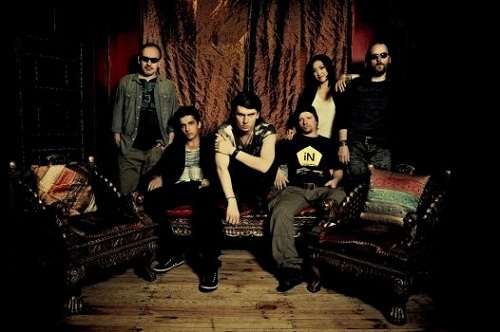 Believe, one of the most interesting and original bands on the Polish art/prog-rock scene! The band formed in 2004 by guitarist Mirek Gil, should be known already by fans of Polish prog-rock legend Collage and Satellite. Not only was Mirek a founding member and main song writer of Collage, but he played with Satellite as well.  The band’s debut album “Hope to See Another Day” was released in 2006, six years later Believe return with their second live DVD entitled “Seeing is Believing”. Filmed in 2011 in Wyspiański Theater in Katowice (Poland), this brand new DVD documents how much the band has changed: Believe released two more excellent studio albums, letting their music grow more brilliantly intricate and sublime than ever before; Tomek Różycki was substituted by the charismatic singer Karol Wróblewski, whose deep and distinctive voice contributes much to the style and mood of Believe’s music; the new keyboard player Konrad Wantrych joined their ranks, enriching their music with his stylish and technically superb soundscapes. During this unique evening in Wyspiański Theater Believe primarily presented material from their fourth, most recent studio album „World Is Round” (Metal Mind Productions, 2010). With the release of “Seeing Is Believing” DVD, the band prove they also came to excel as a live act, giving an outstanding performance which will surely be remembered by all the fans that had a chance to see and hear them on that magical evening.

In Autumn 2012 Believe will play several gigs around Europe. They are confirmed to play at the Progressive Promotion Festival 2012 in Germany or at Summer’s End Festival in UK. More info on tour to follow soon.

Hot News: Believe reveal another track from their most recent album