The second live DVD by Believe released on April, 30th in Europe (June, 19th in USA) keeps receiving enthusiastic reviews such as the one on ProgArchies (UK):  “With a much greater catalogue of music to choose from this time, the opportunity is taken to present a nicely balanced set, drawing in what are arguably the best songs from the three most recent releases. (…) Once again, it is the wonderful diversity of sounds offered by the triple attack of guitars, keyboards and violins (and a combination thereof) which gives this set its identity. Wróblewski’s often emotional vocals are excellent throughout, but it is the exploitation of a highly talented instrumental line up which places Believe in the top tier of the current prog bands. The renditions of the songs are faithful to their studio counterparts, the music being melodic neo-prog, with an emphasis on the atmospheric and the symphonic. Comparisons with Hogarth era Marillion are probably the fairest way of giving the uninformed an outline idea of what to expect. (…) Overall, a superb DVD which captures Believe at their very best.”
You can read the whole review HERE. 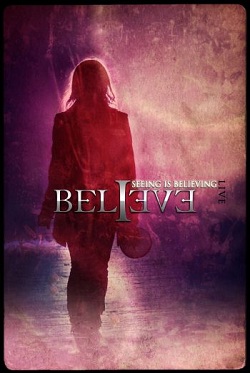