Dreaming Death, originally released by the band as an MCD in 2012, stood out as one of the best death metal releases of the past year. The EP has received a richly deserved vinyl treatment, which is now available through Lavadome Productions. The release has been specially mastered for vinyl and comes pressed on oxblood, one-sided 12″ wax with pentagram etching on the blank side. The vinyl edition is limited to 350 copies with digital downloads offered through Lavadome, as well as from iTunes, Spotify, Bandcamp, Amazon and other major digital retailers.

The vinyl edition can be purchased at www.lavadome.org.

To stream Dreaming Death in its entirety, or purchase as a digital download, visitwww.lavadome.bandcamp.com.

With the follow-up to 2008’s From Hell, BEYOND MORTAL DREAMS continue to explore Death Metal and unite the raw yet precisely accurate sonic destruction along with ecstatic leads under one belt just to hit human senses uncompromisingly and deeply with and profound, unique manifestation of brutality which takes the mind to a devastating journey. Originally released by the band in 2012, Dreaming Death unearths savage incarnation of death metal darkness. Expect a merciless blast of desolate bestiality and epic devastation hitting hard on all frontiers. The band gave the following comments on the EP, “Dreaming Death is a result of our continuing desire to create solid, powerful, dark, and atmospheric style of death metal music. Like a beast manifested through sonic destruction!”

Watch out for upcoming BEYOND MORTAL DREAMS releases on Lavadome including a 7″ EP containing one new and one re-recorded song and a full-length album later this year. 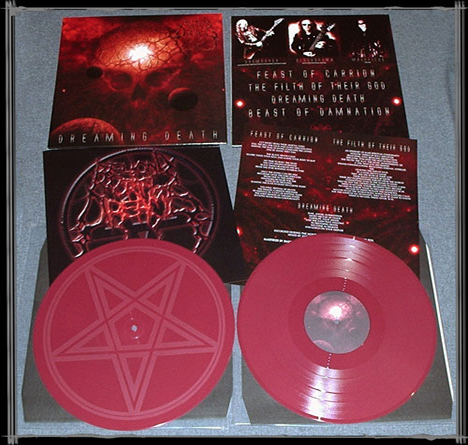 “Death Metal has rarely been darker, heavier and at the same time original.”

“The final result is Dreaming Death a masterpiece of death metal.”

“Everything on this little EP is fucking grand.”

“A truly heartfelt and passionate quality E.P that more than satisfies the raging hunger for metal!” -RAM zine (10/10)

“My jaw is three floors below and neck is still aching, after I’ve listened to Dreaming Death several times…” -Panzerfaust (93/100)