Bigelf are set to release their new album ‘Into The Maelstrom’ on the 3rd March, and the band have put together an EPK which gives fans a little insight into how the album came together. You can head to this special Bigelf page and watch the video now: http://insideoutmusic.com/specials/bigelf/

‘Into The Maelstrom’ will be available on a limited 2CD digipak which includes exclusive re-mixes & demo versions, as well as a gatefold 2LP vinyl edition which includes the full album on CD. You can now pre-order the album from the InsideOut Shop here: http://smarturl.it/bigelfIOM 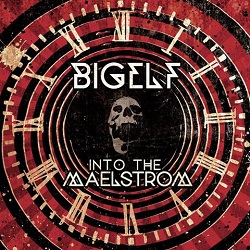 The full track-listing is as follows:

‘Into The Maelstrom’ marks the recording debut of Mike Portnoy (Transatlantic, The Winery Dogs) with Bigelf, whose Progressive Nation At Sea Cruise the band will perform on from the 18th – 22nd February 2014 and where Bigelf will play alongside bands such as Transatlantic, Devin Townsend Project, Riverside & Adrian Belew Power Trio. Tickets are available now from www.progressivenationatsea.com