Jorzine.com have the exclusive premiere of the new studio video from the Jordanian Dark Oriental Metallers BILOCATE, taken from the recording sessions of the band’s upcoming album “Summoning The Bygones”.

The recording sessions took place in 4 different countries (Jordan, Saudi Arabia, United Arab Emirates and Sweden), while the mixing and mastering sessions took place at Fascination Street Studio in Sweden, with producer Jens Bogren. The video also features some parts of “Summoning the Bygones” tracks, and the contribution of Metal icon Dan Swano with the band.

If I’m to say everything I would actually write a book, but at this time I just want to say I’d never forget BILOCATE! This video of studio moments will also become a nice memory which we’ll feel proud about, and I hope our fans and friends would also feel the same.

Now we’re so much near to releasing Summoning the Bygones, so we hope you’d enjoy few minutes to see some of the work undertaken to put it all together.” 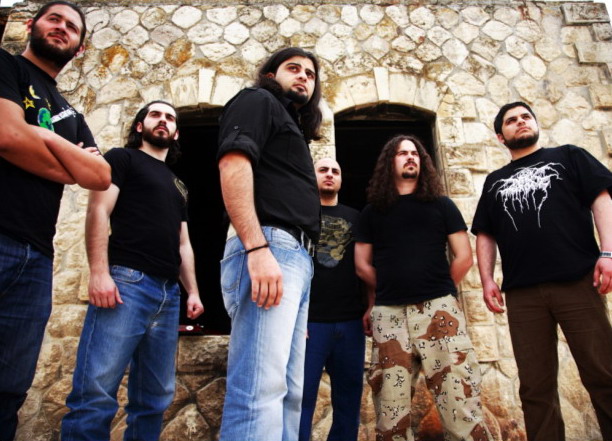 The track listing for the effort is as follows:

“Summoning the Bygones” will be the band’s third album, after the release of “Dysphoria” in 2005 and “Sudden Death Syndrome” in 2008. More information about BILOCATE’s upcoming album is available HERE

BILOCATE was announced as the supporters of ORPHANED LAND’s upcoming Turkey Tour. Both bands will be playing 4 shows in Eskisehir, Ankara, Istanbul and Izmir in February. More information is available clicking HERE

As we reported before, the band recently inked a deal with The Flaming Arts Agency (Behemoth, Novembers doom, Blood Red Throne, Hate, Hecate Enthroned… and more) as their official management and worldwide booking agency, handling all the band’s affairs in the music industry.