Jordanian dark oriental metallers BILOCATE have revealed the cover artwork for Summoning the Bygones, their long awaited forthcoming album. The artwork was designed by by Matthew Vickerstaff of Darkwave Art in the United Kingdom, who is working with Listenable Records and Peaceville Records and worked with bands such as MY DYING BRIDE, DEICIDE, MORBID ANGEL, CRADLE OF FILTH, DECAPITATED, HATE ETERNAL and many more.

Summoning the Bygones official release date worldwide is on the 11th of June 2012 via Code666 records (Aural Music).

Video footage from the studio diary can be seen below or clicking http://www.youtube.com/watch?v=VgVGQ7B8-rc

The album includes a fully modified version of “Days Of Joy” under a new name “Hypia” (which is actually the very first name this song had originally when it was composed in 2003), in addition to a brand new song and a cover of “Dead Emotion” from one of the legends in Doom/Gothic Metal PARADISE LOST taken from their legendary album “Gothic” rearranged totally in BILOCATE style, it’s a way of celebrating 20 years from the release of this amazing record that created a whole new Metal genre.

The tracks ‘Hypia’ and the legendary 20-minute track ‘A Desire To Leave’ features the Metal icon Dan Swano as a guest vocalist. 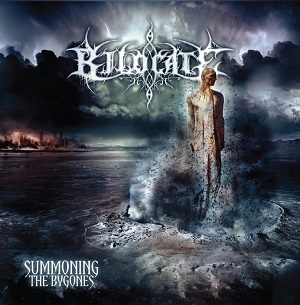 The tracklisting for the effort is as follows: