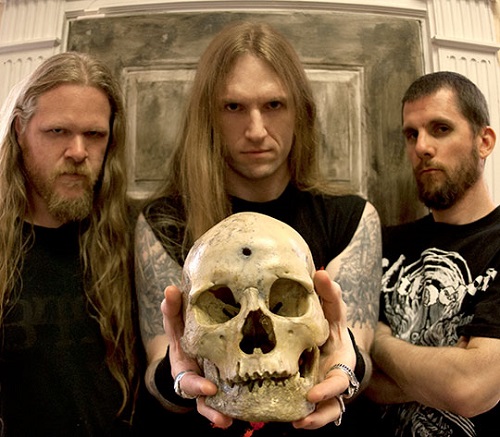 Texan thrashers Birth A.D. Have announced the vinyl edition of their acclaimed debut, I Blame You, which will be a joint release between Unspeakable Axe Records and Canadian imprint War On Music Records.

This version will feature Cliff Robinson’s artwork in glorious full-scale, along with an exclusive layout and insert created by Parisian graphic designer Valnoir Metastazis. The expected release date is February 11, but it is also available for pre-order. 300 copies are available, including 100 on colored vinyl.

The official video for the song “Burn L.A.,” is now available on the Birth A.D. Youtube page. Check it out at this location. 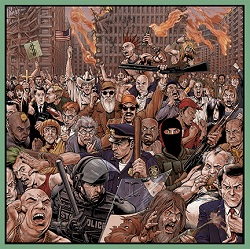 I Blame You can be purchased through:
birthad.bandcamp.com (official band store)
unspeakableaxerecords.com (North America)
www.waronmusic.com (Canada and Europe)

In the fearsome tradition of crossover thrash forged by acts like D.R.I., S.O.D., C.O.C, and a lot of other bands with three-letter acronyms comes BIRTH A.D! The band formed in 2008 and their first offering was the self-produced EP, “Stillbirth of a Nation”. Their sound relives all the best moments of 80s hardcore and thrash with a up-to-date take on America and society circa today. It’s angry, it’s fast, it’s catchy as hell, and it’s guaranteed to cause total chaos wherever it goes! Fuck your party metal, we’re here for war!

Hot News: Birth A.D. and Axis Of Metal “Cause Problems” With Song Premier