Stream Still Reborn at Noisey in the Netherlands here or Noisey USA here.

A blasting onslaught of bestial riffs and scathing vocal torrents, the nine-minute track opens what is inarguably the band’s most lethal and ambitious manifestation to date. Captured at Magpie Cage Studio by J. Robbins, Hail Death remains true to the band’s roots while still transcending them in a way that weaves all of their seemingly contrasting influences into an amalgam of heavy music that’s as original as it is devouring. 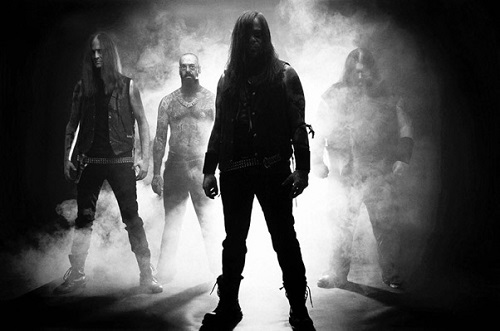 Hail Death, which comes adorned in the sinister cover art of Metastazis (Behemoth, Alcest, Black Dahlia Murder) will be released via Relapse Records in North America/UK/World on May 27th, 2014 preceded by Germany/Benelux/Finland on May 24th, 2014. Recommended for iniquitous souls who worship at the altars of Celtic Frost, Metallica, Bathory, Watain, Emperor, Marduk, and Deströyer 666.

And if you missed it, check out Eventide streaming on Soundcloud here.

Inspired as much by Kiss’ Destroyer as Metallica’s Master Of Puppets, Hail Death wasn’t an easy album to create and the band members’ personal turmoil is reflected in its every noxious moment. “I went through a lot of stuff over the past year and it caused me to move and spend a year of my life in solitude,” relays bassist/vocalist Paul Delaney, explaining that for twelve months he would sit in his room and pour all of his energy and inner chaos into these songs. “This is our journey. I can honestly say that this is probably the most important thing I’ve ever done in my life, even if it never sees the light of day for some reason I’m insanely proud of it.” Ultimately, Hail Death is a work that speaks for itself in the sense that it’s both a mission statement and a battle cry. If the Four Horsemen of the Apocalypse ever descend on the planet, this is the perfect soundtrack to the bloody aftermath.

Boasts Noisey, “Many may identify NYC’s BLACK ANVIL as black metal, but just like the city that birthed the band, their approach is a bit of a melting pot. Clearly hardcore/punk enters into the mix (subliminally or no) per their background, but elements of death metal, thrash, and several other genres enter into the equation that is a BLACK ANVIL. Never has that been more apparent than on their newest effort, Hail Death… a bright, melodic yet venomous new effort that never stays faithful to genre, yet grabs you by the throat and won’t let go.”