Following on from their 2010 sophomore album “Til Alle Heimsens Endar” Norwegian Black-Folk Metallers GALAR have signed with DARK ESSENCE RECORDS for the release of a further two albums. Like its predecessor, the band’s third studio album, which will be titled “De Gjenlevende” (The Bereaved), will be concept album written entirely in Norwegian, and will include notes explaining both the overall concept as well as each individual lyric.

“De Gjenlevende” will consist of six songs, one of which will be an instrumental, which promise to be even longer, and more epic, than GALAR’s previous material. As well as the band’s two core members of M. Kristiansen on screams, guitars and bass and A. B. Lauritzen on clean vocals, bassoon and grand piano, the line up on the album will once again include Phobos (GRAVDAL, AETERNUS, MALSAIN) on drums, and will feature a series of session musicians that include both a string quintet and a horn quartet in keeping with the epic material. Plans are in place to enter the Conclave and Earshot studios in the autumn with producer Bjørnar E. Nilsen (VULTURE INDUSTRIES, BLACK HOLE GENERATOR) at the helm. 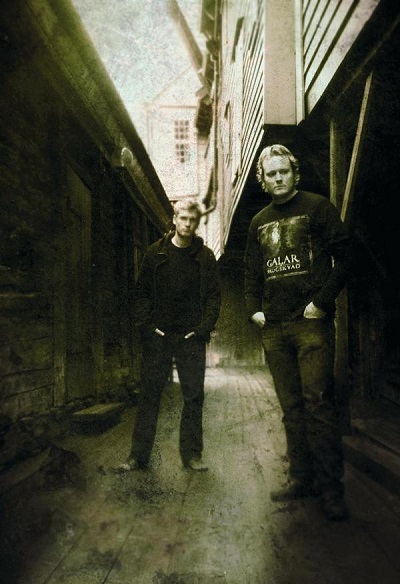 Jorge Scholz, the band’s lyricist, explains the idea behind the album: “De Gjenlevende” will be, once again, a thoroughly crafted concept album. Its five contemplative texts tell of the utter dreadfulness that haunts both the human mind and body when the season of winter holds every living thing in its grasp. Winter is the time of utter gloom, enfeeblement and inescapable death, which challenges mankind, beasts and plants equally. Yet, as long as there is life, there is hope and eventually a new era of the Sun will bring to an end the seemingly eternal darkness of winter. With the arrival of spring hope and life will flourish once more. In its portrayal of this cyclical process of transformation, which is as old as the history of mankind itself, “De Gjenlevende” draws its ideas and inspiration from Pan-European folklore, ontology, and elegies”.

More information about GALAR can be found on the band’s website at http://www.galar.no/

Fan-filmed footage of GALAR performing the track “Ingen Siger Vart Vunnin” at the Phantoms of Pilsen Festival in 2012 can be seen at http://youtu.be/sETwf9PwNlc