Having signed with Dark Essence Records for a further two albums, Norwegian Black-Folk Metallers GALAR have been ensconced in Bergen’s Conclave and Earshot Studios with Producer Bjørnar E. Nilsen (VULTURE INDUSTRIES, BLACK HOLE GENERATOR) working on the bands third full-length album which will be titled “De Gjenlevende” (The Bereaved) and which is set for release in early 2014. Drummer Phobos (AETERNUS, GRAVDAL, MALSAIN) has now finished laying down the drum tracks and the band will take a short break from the studio until October. A video from the drum sessions can be seen on GALAR’s YouTube channel at http://youtu.be/bbNDHGFtoiY

A follow up to 2010’s “Til Alle Heimsens Endar”, the lineup on the album will once again include GALAR’s two core members of M. Kristiansen on screams, guitars and bass and A. B. Lauritzen on clean vocals, bassoon and grand piano, with Phobos on drums. They will be joined by a series of session musicians that include both a string quintet and a horn quartet in keeping with the epic material the band has produced for the album both musically and lyrically. Consisting of six tracks, one of which will be an instrumental, “De Gjenlevende” is a concept album and, according to GALAR, the songs will be longer, and more epic, than previously. Written entirely in Norwegian, “De Gjenlevende” will come with an explanatory booklet. 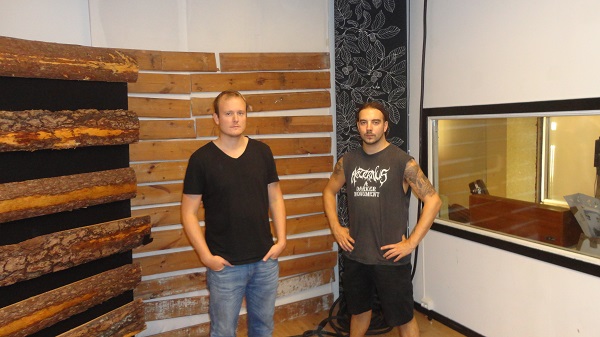 Jorge Scholz, the band’s lyricist, recently briefly explained the concept behind the album, which draws its inspiration from Pan-European folklore, ontology, and elegies. “Its five contemplative texts tell of the utter dreadfulness that haunts both the human mind and body when the season of winter holds every living thing in its grasp. Winter is the time of utter gloom, enfeeblement and inescapable death, which challenges mankind, beasts and plants equally. Yet, as long as there is life, there is hope, and eventually a new era of the Sun will bring to an end the seemingly eternal darkness of winter. With the arrival of spring hope and life will flourish once more. It is a portrayal of this cyclical process of transformation that is as old as the history of mankind itself”.

More information about GALAR can be found on the band’s website at http://www.galar.no/ or on Facebook at https://www.facebook.com/galarofficial

Fan-filmed footage of GALAR performing the track “Ingen Siger Vart Vunnin” at the Phantoms of Pilsen Festival in 2011 can be seen at http://youtu.be/sETwf9PwNlc