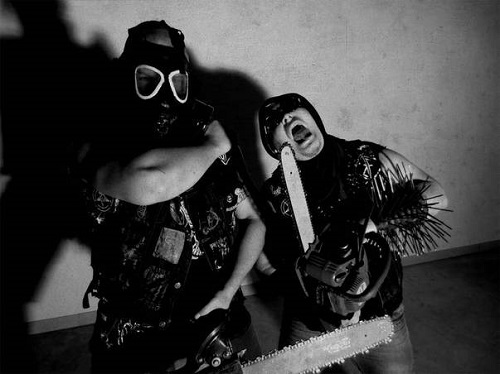 MORIBUND RECORDS announces March 4th, 2014 as the release date for BLEEDING FIST‘s new compilation, Death’s Old Stench. Subtitled “The Deathcult Sessions,” with Death’s Old Stench, the Slovenian chaos black metallers open up their crypt to reveal an arsenal of unreleased songs from 2011-2013. At a dozen tracks strong, Death’s Old Stench unveils a different side to BLEEDING FIST, one less manic and chaotic and more classically grim and ghastly. Still characteristically BLEEDING FIST, this special collection serves as a haunting precursor to their next MORIBUND album, of which seven songs were recently written – “the result that came out of a weekend drenched in alcoholic rites, a sick-to-the-bone old black/thrash metal monstrosity,” according to a band statement. 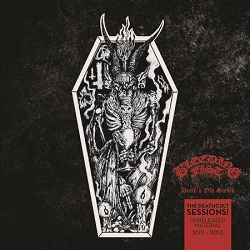 Regarding Death’s Old Stench, vocalist Hellscream had the following to say: “Death’s Old Stench is BLEEDING FIST‘s strangest, most obscure, and most esoteric effort. It’s really different from what we’ve done up till now, but in a way, it describes perfectly one of darkest times in our life as a band and as individuals. After the departure of [guitarists] Angelus and Occultus, we thought whether to release this album, because it was incomplete and in a partial demo form, so we decided in 2013 to finish this work and release it as raw and fucked-up as it was when we last left the studio. So, this is not really a new BLEEDING FIST album, but a strange and alchemic occult statement to honor our master Satan.”

In other BLEEDING FIST news, the band welcomes new guitarist Jex, who replaces the aforementioned Angelus and Occultus, and who has contributed to those aforementioned seven songs slated for the band’s next MORIBUND full-length. A statement from the band reads: “A long span of silence is behind us. But as you know, the sickest intents grow in silence and solitude.” The new BLEEDING FIST lineup is thus: 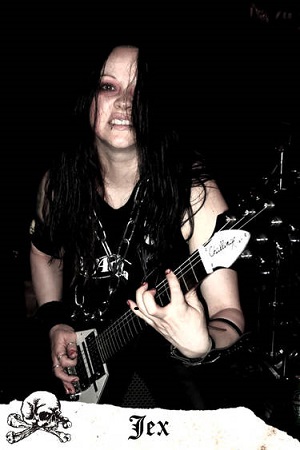