French grindcore activists BLOCKHEADS have announced a series of European shows and festival appearances in support of their latest full-length, This World Is Dead. The shows kick off in their native Nancy, France on March 2nd with label-mates MUMAKIL and AFGRUND and include dates with NAPALM DEATH, GENERAL SURGERY and many more. A complete listing of dates is available below.

This World Is Dead saw its release on CD/LP/Digital this January and features 25 songs clocking in at over 40 minutes of brutally efficient, grade-A, frenzied grind. The album is streaming in its entirety at this location while a previously released lyric video for the track “Pro-Lifers” can be viewed here. 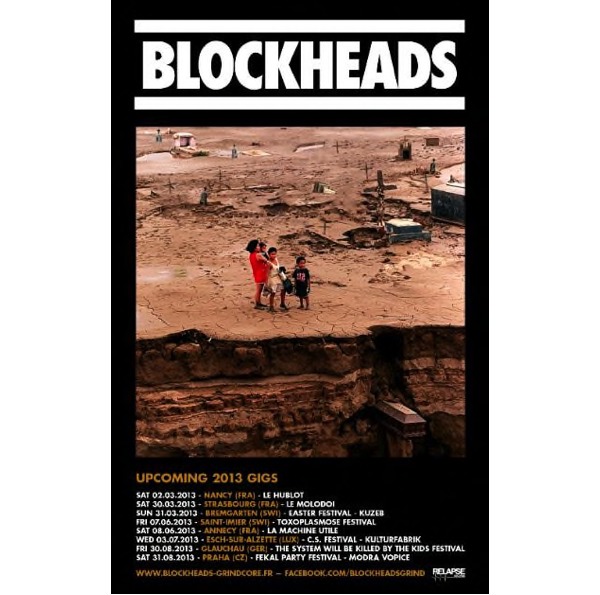