At long last, BOMBS OF HADES’ Carnivores 7″ EP is seeing a re-release! Originally released in 2008 by BLOOD HARVEST, Carnivores was BOMBS OF HADES’ first official release following their debut demo. The record was highly anticipated, including in the band’s lineup ex-members of God Macabre, Abhoth, and Utumno. And BOMBS OF HADES’ collective experience in the ancient death metal underground showed on Carnivores: a furious, quick-hitting slab of classic Swedish DEATH. Along with an altered cover, this vinyl reissue is actually a completely new pressing, as the original pressing plant has trashed the plates. 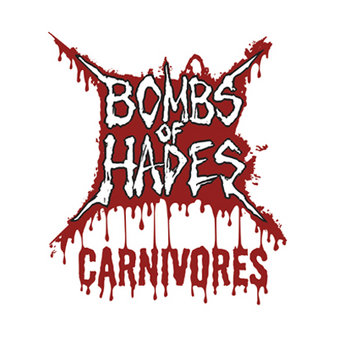 To meet increasing demand, BOMBS OF HADES’ The Serpent’s Redemption sees its second vinyl LP pressing, now with altered cover design and on sick yellow vinyl courtesy of BLOOD HARVEST. Released last year on CD by Pulverised to widespread critical acclaim, BOMBS OF HADES’ second album showed them expanding upon their gnarly, raging Swedeath template by incorporating more dynamics and variety of songcraft whilst not losing an ounce of morbid memorability nor crushing intensity. Hear it again – or for the first time – on the format death metal deserves, VINYL! 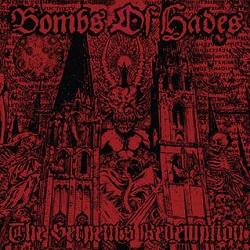 Tracklisting for BOMBS OF HADES’ The Serpent’s Redemption LP

In 2009, an entity rose to shine the Luciferian light upon the darkness in man. Through the Occult Waters of subconscious infinity comes LUCIFERICON! Not much information can be gathered about the band, but it does features some current or ex-members of such bands as Malicious Dream, Pentacle, Excision, and Destroyer 666 in the lineup. LUCIFERICON has signed with BLOOD HARVEST for one vinyl full-length album and the vinyl edition of the previously self-released MCD The Occult Waters, now with new artwork from renowned artist Daniel Self-Desecrator specially made for its vinyl release. 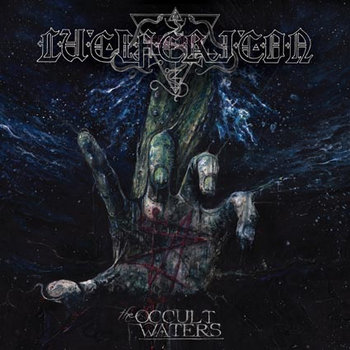 VERMINOUS took the underground by storm with their amazing debut album, Impious Sacrilege, from 2003 (Xtreem/BLOOD HARVEST). After 10 years of silence, the horde of vermin return with a brand-new album, The Unholy Communion, and this limited 7″ EP. Entitled The Curse of the Antichrist, this vinyl 7″ EP includes a new and exclusive track, “The Curse of the Antichrist,” on one side, and on the other side you’ll find two shredding covers, “Hang the Pope” by Nuclear Assault and “Revel in Flesh” by Nihilist. 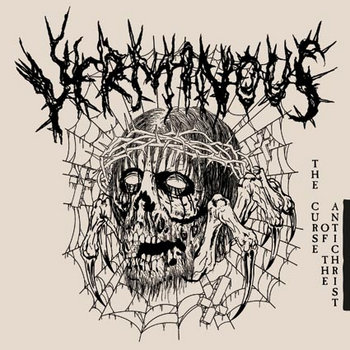 Tracklisting for VERMINOUS’ The Curse of the Antichrist 7″ EP

1. Curse Of The Antichrist
2. Hang The Pope
3. Revel In Flesh

From Santiago, Chile, comes yet another amazing death metal act in the shape of ISTENGOAT. Formed at the beginning of 2011 with the main goal of creating a simple, direct, and powerful sound which can transmit the sensation of being in front of a tornado, the band has recently teamed up with BLOOD HARVEST for the vinyl release of the band’s upcoming debut album, titled Atlas Shrugged. Recording will commence in July 2013, and the CD edition will be handled in South America through Soul Erazer (Brazil). In the meantime, as an introduction, BLOOD HARVEST will re-release ISTENGOAT’s sold-out debut from 2012,MMXII, on a limited 7″ EP vinyl edition. The band has just finished assembling the last parts for the layout, and it’s been sent off to press. 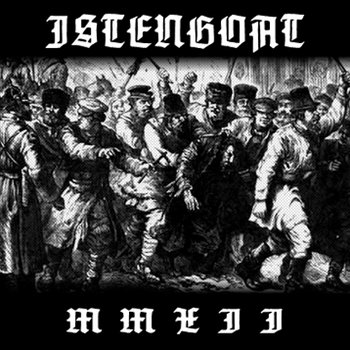 At long last, one of death metal’s best-kept secrets unleashes their debut album: Australian enigmas ALTARS and their heaving, harrowing Paramnesia. For the past four years, ALTARS have been quietly honing their craft across a demo, two splits, and a single, but on Paramnesia, the trio tear down all boundaries and set their sights for the abyss and ether alike. ForParamnesia is both death metal of a tangibly sepulchral, cavernously physical construct and yet brims with an almost-metaphysical levity as its serpentine structures and technical ecstasy work their black magick across its eight-song expense, reaching total transcendence during the final trio of tracks which comprise the three-part title track. Witness ALTARS’ Paramnesia and commune with unforgettable energies. Front cover art by Denis Forkas, with additional artwork and design by Alexander Brown (BNB Illustration, Witchrist). CD to be released by NUCLEAR WINTER RECORDS. 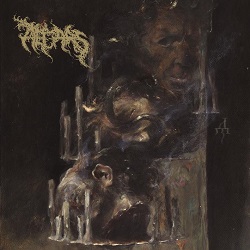