We are absolutely proud to be able to announce that we have signed a deal with this bestial Brazilian horde of the most raw and devastating Black / Death Metal for the release of his magnificent debut “Inverted Blood” on vinyl. The release is planned for March / April 2014 and the first press will be limited to 500 units. More details about the release will be revealed soon.

Walter, owner of UNHOLY PROPHECIES, told the following regarding the deal: “a friend of mine from Brazil wrote me an eMail telling me that he had sent me a package with new Brazilian stuff I should check out. Among the bands he named there was BODE PRETO and when I listened to that stuff I was simply blown away. Absolute devastating! Raw, bestial and so REAL!! I was shocked. I think I’ve listened to the whole album 5 or 6 times. Without stopping. I couldn’t stop. Adelson’s infernal pump behind the drums, Josh straightforward and so well placed guitar work and that satanic vomits… Aaaaarrrrrrgggghhhhhh! I immediately contacted the band and offered them to release this album on vinyl because I think it is the perfect format for this superb masterpiece to destroy the speakers of all bangers out there who love the old SARCÓFAGO, VON, BLASPHEMY, IMPIETY and that kind of hordes. I’m very happy and proud that we will release this one.” 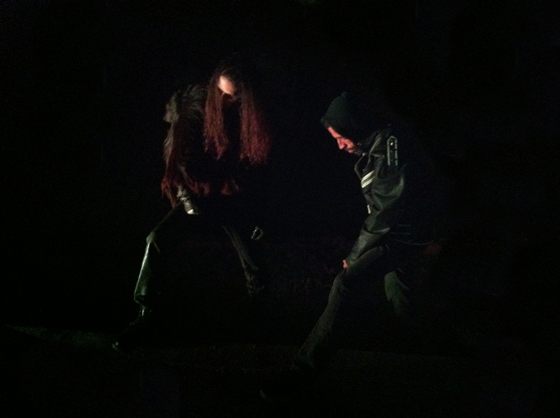 Josh, BODE PRETO’s leader, told the following: “I got a message from my friend Cristiano Passos (former Necrobutcher, current Antichrist Hooligans) that he sent our CD to a German magazine and that the editor also has an underground label and would contact us because he was very interested on releasing Inverted Blood on vinyl. By synchronicity I had been at a graveyard near Berlin on the same day of the first contact from Walter. We are very honoured to join forces with Unholy Prophecies as I believe it will be a strong alliance. The pact has been signed. Hails!!”

Check out BODE PRETO’s bandcamp page where you can listen the whole “Inverted Blood” album (http://bodepreto.bandcamp.com/album/inverted-blood-cd-2012).