Boris Records will release the End of Man vinyl 7″ from Atlanta Black Metal Force HELLGOAT on May 31. The ultimate black metal attack has been unearthed with End of Man, the band’s seventh official offering and first on Boris Records.

End of Man is a return to form for HELLGOAT, and is only a taste of what’s to come from Atlanta’s own Satanic Terrorist Cult. This limited edition 7″ blasts forth with two tracks of pure Satanism. The inevitable chill you’ll feel down your spine during “Demonic Worship of the Horned Beast” won’t go away until Satan himself is satisfied. The title track finishes the job with a furious assault as it leaves you wanting more blasphemy. 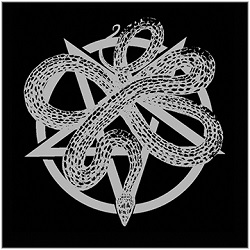 1. Demonic Worship of the Horned Beast
2. End of Man

HELLGOAT formed in 2004 with the release of a self-titled demo CD. After several more demos the first full-length album Blasphemy From Serpent Tongues is released in 2005. A hand full of live shows would follow in the next years. In 2011 Death Conquers All is released on Graveless Slumber Records. A short U.S. tour is conducted that same year. Anointed in Blood and Ash is released and more touring takes place. HELLGOAT will continue touring as well as writing a new album due in 2014.