Botanist, the unconventional one-man black metal band featuring vocals, drums, and hammered dulcimer instrumentation, is gearing up to release its fourth album, IV: Mandragora, on February 19th from experimental metal label The Flenser. Combining lyrical creativity and musical ingenuity, IV: Mandragora is a concept record on the alchemical creation of a mandrake, and how The Botanist is instructed on raising an army of mandrakes to wipe out humanity. The songs of Botanist are told from the perspective of The Botanist, a crazed man of science who lives in self-imposed exile, as far away from Humanity and its crimes against Nature as possible. In his sanctuary of fantasy and wonder, which he calls the Verdant Realm, he surrounds himself with plants and flowers, finding solace in the company of the Natural world, and envisioning the destruction of man. There, seated upon his throne of Veltheimia, The Botanist awaits the day when humans will either die or kill each other off, which will allow plants to make the Earth green once again. 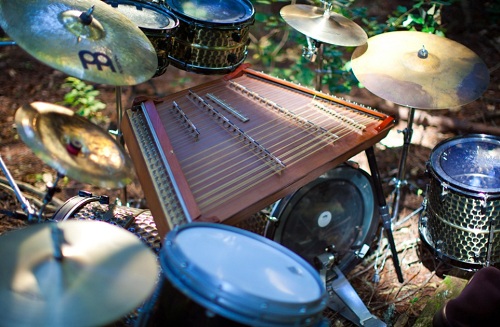 Botanist‘s previous releases, I: The Suicide Tree, II: A Rose From The Dead (released July 2011 on tUMULt), and III: Doom in Bloom (TotalRust) have seen much critical acclaim; landing on lists such as NPR’s 25 Best Metal Albums of 2011, Metal Sucks Top 15 Metal Albums of 2011, Metal Injection’s Top 10 Releases of 2011, and an honorable mention on Pitchfork’s Top 40 Albums of 2011. The next chapter of Botanist, IV: Mandragora, is an eccentric and remarkable album and is sure to turn heads in 2013.

Hot News: Listen to a New Botanist Song on Revolvermag.com