Wodensthrone were formed in Sunderland in 2005 with the goal of creating stirring heathen black metal in the grand tradition of greats such as Enslaved, Moonsorrow and Primordial; a revitalising force capable of beautifully formed progressive flourishes, devastating power and unforgettable gilded melody, a sound perfectly formed to address meaningful, thought-provoking themes with passion and dexterity. While a number of lineup changes have shaped the bands maturation over the years, their commitment and dedication to this mission has never faltered.

Now, as Spring takes hold of a troubled world in 2012, Wodensthrone return with Curse, an album that transcends the impermanence of individual nations and cultures to address timeless, universal questions of spirituality and freedom. Curse explores man-kinds most inherent and profound spiritual flaw; the instinct to lay the responsibility of our fates at the feet of imagined Gods, to submit without question to the cultural machinery religious, political, social, economical that imposes systems of power and control to exploit, enthrall, corrupt and oppress. 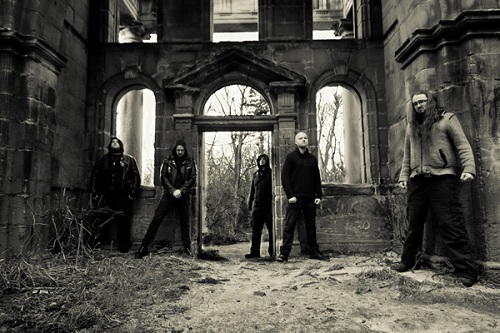 The diverse musicians that make up Wodensthrone have unified their experiences and skills to render the grand narratives of Curse into a richly evocative heathen epic that dwarfs even its predecessor, a heroic encapsulation in song of man-kinds will to rise above its shackles, to pursue true freedom, shun the poisoned comforts of subjugation and stand proudly with values they have won for themselves with the blood and sweat of endeavour, unfettered from Gods and masters.

Wodensthrone created Curse in Priory Studios in 2011 under the watchful eye of Esoterics Greg Chandler, who helped take the bands performances and sound to a whole new level of majesty and mastery with his meticulous craftsmanship and attention to detail. The result is an essential album for fans of Emperor, Enslaved, Primordial and Moonsorrow; an album that proves Wodensthrones mettle beyond all reasonable doubt as one of the UKs strongest black metal exponents.