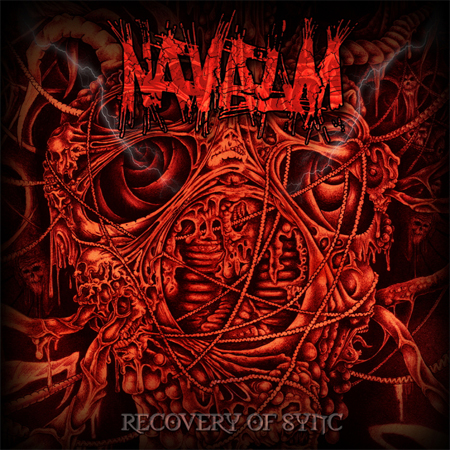 The debut full-length album from Ukrainian Death Metal band.
Musically from the first track the listener grasps by brutal Death Metal tornado, which promises to keep it real hard tension throughout the album. Bright surround vocals, sharp as a razor guitar, virtuoso bass parts, high-speed but sustained drums – all of this is the debut album of band NAVALM.
Lyric of album – is first of all dipping into the whole history, in to a long psychological process of self-knowledge where the dirtiest, ingenious thoughts of our mind could not leave anyone indifferent, indifferent to the protest, aggression and fury against an unjust social structure of society, of the main character by the name Frank.
At the album “Recovery Of Sync” in addition to the main genre Death Metal you can also hear elements of such styles as: Punk Rock, Thrash Metal, Death’n’Roll and Grind Core.
Metal Scrap Records, 2013 (MSR062/CD)