Frontiers Records is pleased to announce the release of the Self-titled debut album from British Hard Rockers THREE LIONS on April 18th in Europe and April 22nd in North America.

THREE LIONS are – like the name itself implies – a power trio featuring the familiar faces of former Ten and Dare members Vinny Burns on guitars and Greg Morgan on drums, along with the talented singer / songwriter Nigel Bailey. The band came about when the three musicians were introduced to each other by Frontiers Records President Serafino Perugino. The guys hit it off straight away and immediately set about writing new material for an album which soon was commissioned, withAlessandro Del Vecchio who was called in to produce. 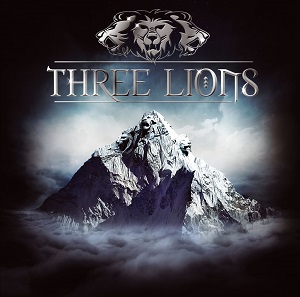 Musically “Three Lions” is British Hard Rock at the very best! Mixing the melodic approach of early TEN with the classic musical heritage of UFO, THIN LIZZY and WHITESNAKE, these guys are about to take the Melodic Hard Rock scene by storm!

Nigel Bailey says “We were all determined to make the best album possible and are immensely proud of the songs that have made it onto the final record”. From the eastern influenced Kathmandu, to the driving power of Hellfire Highway and Twisted Soul, to the heartfelt ballads Made For One Another and Don’t Let Me Fall. This new album in the works promises to deliver passionate performances from the guys. “This album allowed me to show a different side to my playing whilst retaining the familiar sound and feel fans of Dare and Ten will recognise” says Vinny Burns. 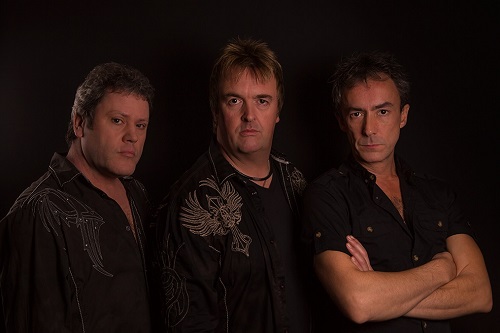 Recordings were completed during 2013 and THREE LIONS made already their live debut supporting SNAKECHARMER in June 2013 and are set up to play their first international live show at theFRONTIERS ROCK FESTIVAL in Trezzo (Milan), Italy on May 1st. Hear The Roar!!!

An EPK of the album can be enjoyed following this link: www.youtube.com/watch?v=39IE3p0BTfA

“Three Lions” tracklisting includes the following songs: Trouble In A Red Dress; Hold Me Down; Twisted Soul; Winter Sun; Just A Man; Holy Water; Two Hearts Beat As One; Kathmandu; Made For One Another; Magdalene; Don’t Let Me Fall; Hellfire Highway; Sicilian Kiss.