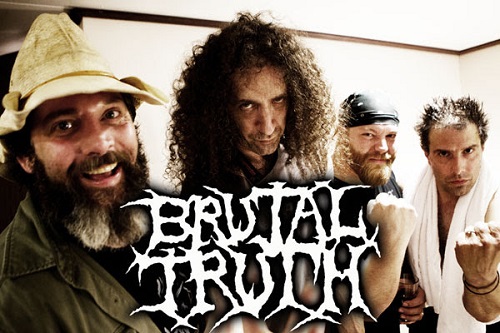 Few bands represent Obscene Extreme as fully as US grind legends Brutal Truth – they’ve weathered break-ups and line-up changes, but never once have they halted in their mission to keep pushing the bleeding edge of grindcore.

Never complacent, each steamroller of Brutal Truth album has furthered their sound and moved the goalposts for the whole damn genre in the process. Now bassist, founding member and extreme metal champion Dan Lilker approaches his 50th birthday, he’s stepping back from music and his baby – Brutal Truth – will be no more.

When the band returned in 2006, it was Obscene Extreme the following year that welcomed them back as very personification of the festival. Now, seven years later we’ll bid them farewell with one final performance.

Obscene Extreme 2014 – this promises to be unforgettable!!! 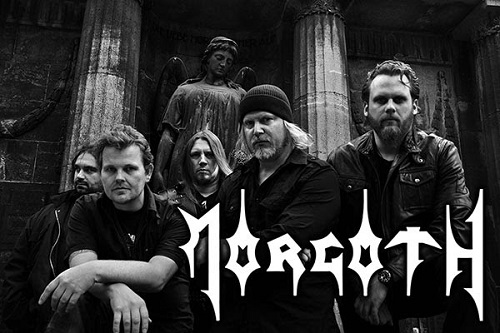 Another band that will be stepping out onto the Obscene Extreme stage this year will be fathers of the German death metal scene, the mighty Morgoth. Originally split in 1998 after only three albums – the coffin-lid hammering of 1991’s ‘Cursed’, 1993’s forward-thinking ‘Odium’ and their most divisive albums ever, 1995’s post-punk ‘Feel Sorry For The Fanatic’.

Reforming for the 20th anniversary of ‘Cursed’, Morgoth returned to their old school skull-rattling sound with a new intensity, captured on the ‘Cursed To Live’ live album. 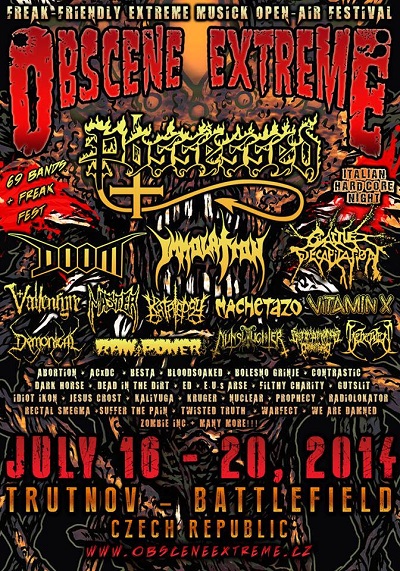